The whole idea sprung out after I thought what should I do to further enhance the awareness of the eleven year-old site (spreading thoughts and views in blogging shall never be a passive business, eh..) ?

...been doing quite okay and did more or less increased the traffic.

So came the "gift" idea.

For a start, I pondering a few options like:-

While the cost of making those above-mentioned aren't cheap, but also how much publicity can those stuff generate?

Of course, I can't charge them at a "premium rate" to recover my costs. Also, sourcing for companies that going to make these stuff was a challenge as well.

Still, I decided to try out two options here.

Wristband
Did check with two "lobangs" that make the wristband. 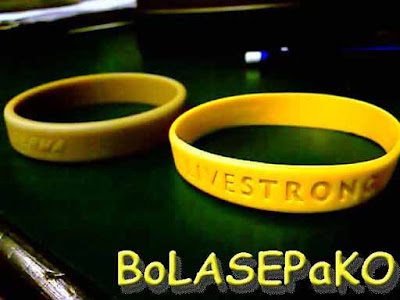 "It would cost quite a bit to make something like the NIKE (LIVESTRONG) band (pictured above), as you need to make a mould for that... minimum quatity is 10,000!!" said the first supplier. 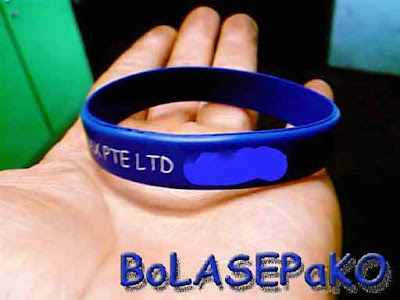 The second supplier offered a cheaper alternative (pictured above) but the wordings (using "silk-screening" process to print the text on the band) would tend to fade off after a certain period (then what's the point of doing it?).

Anyway, idea quashed after the craze over the band had faded enormously since Lance Armstrong started the trend. 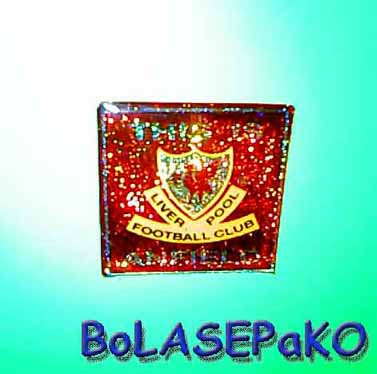 Having "said" that, there's no follow-up from the supplier, I guess he wasn't really that keen on small timer (pretty stuck-up, eh?).

Nonetheless, I managed to come up with a cheaper alternative to kick-start the publicity blitz.