Story behind the "Less-Than-$2" posters

(P.S: I have nothing against any sort of initiatives proposed by the league authority, but feel that it can do a better job in gaining the public acceptance)

It all begun when I saw this promotional poster online featuring the upcoming Taiwanese' CPBL All-Star Game (top) and instantly it drawn my comparison with the photo featuring the "SuperGals" (as issued by the league authority weeks ago).

A random gauge around and I asked if these two posters are being placed side-by-side which of it is likely to gain that "instant attention".

Not surprisingly, the words "ALL STAR" stood in between the sluggers immediately caught the attention of those who responded.

Natural instinct would make one to take a closer look at what was the CPBL poster is talking about, rather than those ladies. 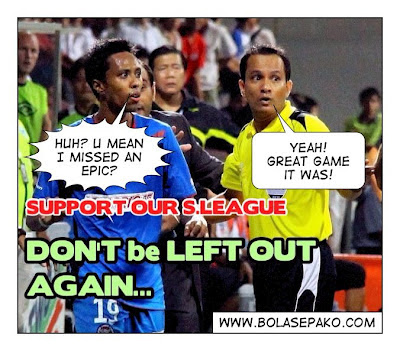 Using similar concept, I made use of "Halftone", one of the many available apps on my phone to come up with a few "Support Our S.League" posters of my own (nothing wrong with that since it's not a trademark belong to anyone) and share them online.

I am glad that the feedback has been positive and appreciate those who had share them via various means with the others. 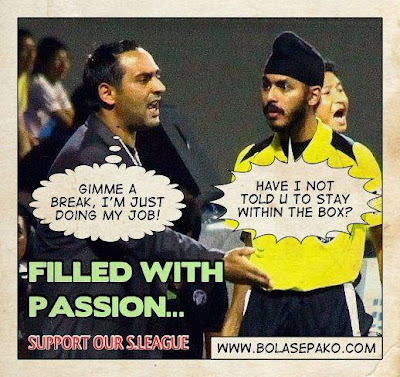 While I don't expect many would think the same way of doing this kind of posters.

And all I spent in creating those posters actually cost me not more than US$0.99 (even lesser than S$2, actually)

Email ThisBlogThis!Share to TwitterShare to FacebookShare to Pinterest
Classifed as: marketing, media, S.League