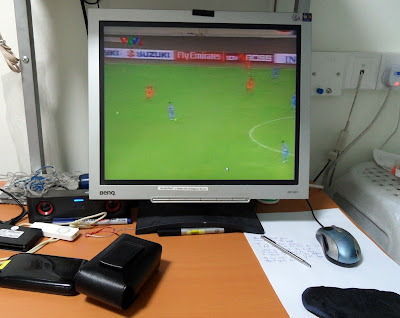 Catch the match on livestreaming instead on Channel 5
Singapore 1-1 The Philippines
So "first match jittery" does happen whenever we play our first game in any major tournament.

Clearly labelled by many as the clear favourites against the Filipinos, who prior to the opener was thrashed 8-0 by Thai club side Nakhon Pathom, thus it's no wonder the expectation back at home is high as the mood can be sensed in the recent days on the social media platforms.

The lack of the killer-touch upfront is the cause of concern and had to wait until approximately 60th minute to take the lead through Aleksandar Duric, despite having our chances for large part of the game.

While the acres of space that left behind for the Filipinos to graze in their counters should be noted down as well, with perhaps to the killing punch was the lack of marshalling on the right that eventually led to the equalizer.. Damn...
logged down by Ko Po Hui at 20:02:00