Was at the S.League Awards Night 2007 moments ago and some snapshots and thoughts....
The "Blur" Host 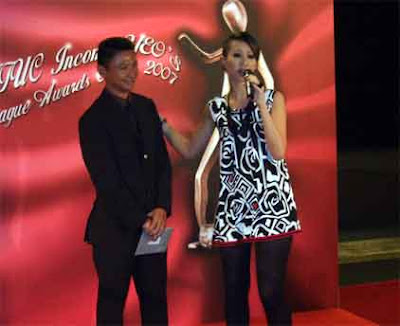 I really have no idea where they got this host (pictured above with SAFFC coach Richard Bok).

First, she doesn’t know who Richard Bok is, what was he here for (being nominated and retained "Coach of the Year" Award). 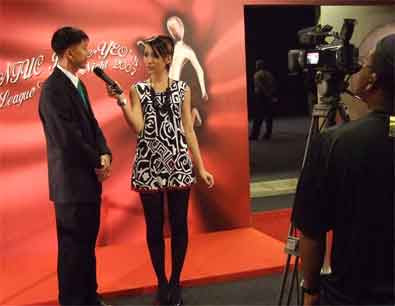 Next, she don't know the linkage of green colour with Geylang United when she was talking to Lim Tong Hai, who had to painstaking told her it's their COLOUR!! (Thank goodness, she's not in Taiwan, if not she be blasted!) 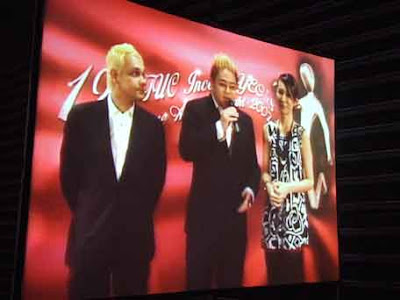 I think the only persons she aware of were those Mediacorp "stars" (pictured above: the "Muttons" from 987FM) 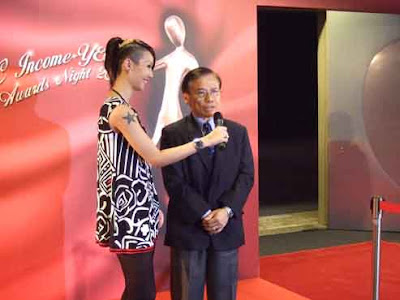 Don't think she dare to mess up this one with the AP Ho Peng Kee, the FAS President (pictured above). 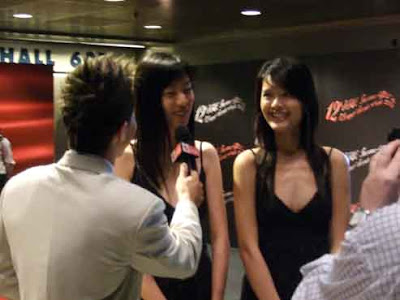 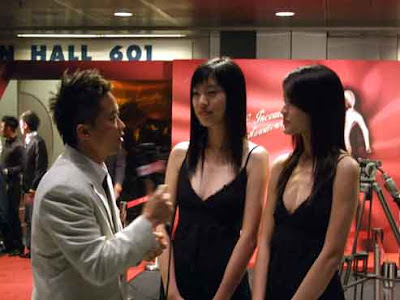 But Sengkang's 'keeper Amos Boon (pictured above with the lovely ladies)who covered the event for STARSPORT did a better job (he had to!) 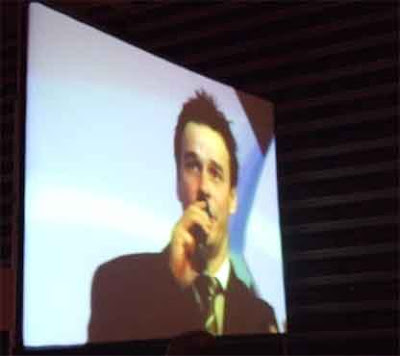 Great stuff by emcee Mark Richmond to kick start the night with a song, which detailed the highs and lows of the season, to the extend of poking fun of several non-performers (you know who they are!) 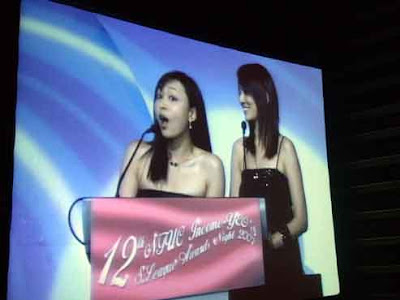 I would say it's nice for these television celebrities to present the awards BUT I wish some of them could have done their homework before coming over, if not they would be making a fool out of themselves (i.e.: the "biggest" heartthrob mentioned by Richmond couple). 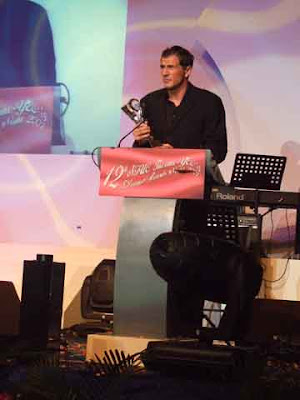 A repeat of last year as Aleksandar Duric clinched the top honour as the "Player of the Year" as well being confirmed as the "Top scorer" and joined the exclusive "200 goals" club.

Other snapshots of the night 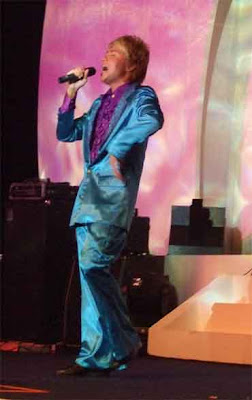 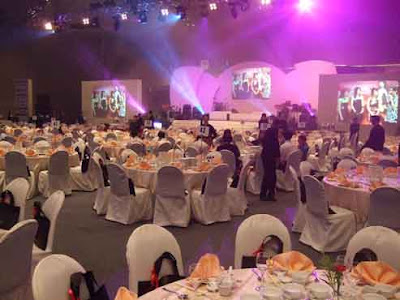 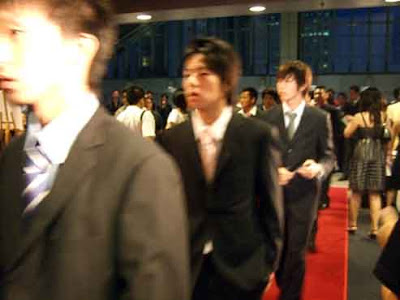 Albirex Niigata players making their way to the event hall. 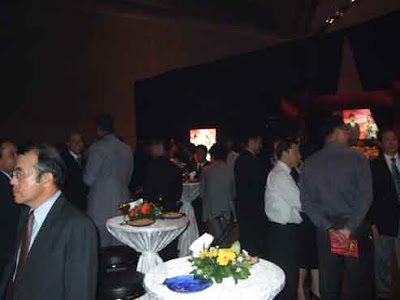 Cocktail session at the entrance of the venue hall.
logged down by Ko Po Hui at 23:34:00