Some thoughts over the media coverage..

I am one of those who clamour for more media coverage on local football.

But having seen the failure of our "another national team" to qualify for a major tournament next summer, whereas our very own Lions are just two hurdles away from the greatest show on earth, I'm not sure if my view has tweaked a little bit.

As compared to our former colonial masters, they are the media's darlings with every tipsy-bitsy well detailed for all news-hunger fans, while the Lions are hardly worth mentioned on the backpages of some dailies (unless there's a major tournament).

Perhaps, that's the crux of it?

These contrasting sights remind me 14 years ago (1993) when we were still in the Malaysian League.

Back then, we saw the emerging of the "Dream Team" after we were relegated to the lower tier of M-League. 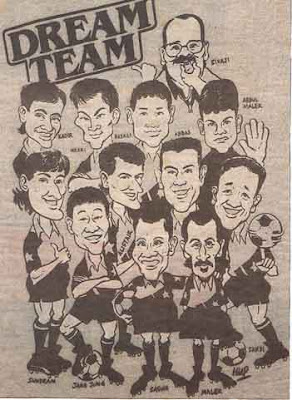 It was a welcome antidote to disillusioned fans then as Singapore football was declared "dead" after the team were condemned to Division Two of the Malaysian League. 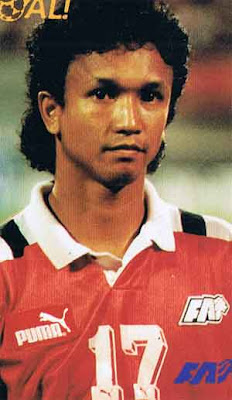 With such a star-studded line-up, Kallang was filled to capacity whenever they played. Thus, no surprise media spotlight was prominent, with the players constantly featured on the sport pages.

Details of the time-table of the team's training sessions were also made known hence it wasn't surprise that training sessions at the old Jalan Besar Stadium attracted a sizable crowds included young girls trying their best to grab the attention of their idol Abbas Saad (pictured below). 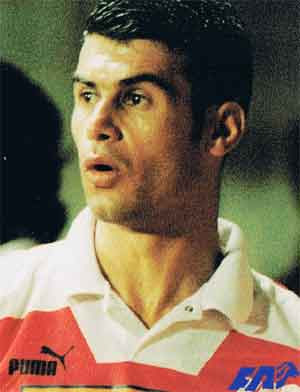 Which is why the downside of such intensive coverage had taken tolls on the Lions then when they were being "pressured" to bring back the Malaysia Cup, which of course didn't happened after all.

So back to today, we seen the plight of England, are we all being reminded of the similarities happened in 1993?

And rewind a bit, two years ago... Before the start of the SEA Games in the Philippines. 2005's national U23 side was claimed to be the best bet to end the gold drought.

Who could be blamed for having that thought since those boys formed the backbone that clinched the Tiger Cup earlier that year.

With high hopes pinned on them, some massive publicity campaign went underway and you guessed it - the dismay outcome.