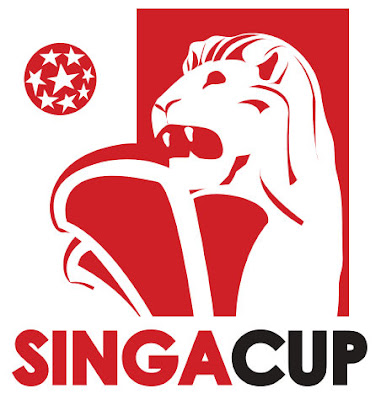 INTRODUCTION
Singa Cup is an international youth football tournament co-organized by Dynamique Konzepts Pte Ltd, an event management company with its partners Joji, a local based design and innovation consultancy.

The inaugural edition will kick off on 07th November 2011 in Singapore with the organizers confirmed this tournament is going to be an annual event to allow exciting raw talents from Asia and abroad a chance to pit against each other in a competitive environment.

CONCEIVING OF THE TOURNAMENT
"This is the first time we are deviating from our mainstream scope and breaking new grounds into sports with this international youth tournament – SingaCup." said Mr Ng Tiong Hian, Business Development Manager of Dynamique Konzepts, who drawn their clientele base mainly from the banking and aviation industries.

Taking a cue from renowned youth tournaments such as Goitha Cup, Danna Cup and Kanga Cup, Ng and his team decided that there's a lack of tournament of similar concept in the South East Asia region and so the conceiving of this tournament that had attracted teams from Australia, the Philippines, etc.

NO FRILLS BUT ENJOY FOOTBALL
"This is truly the place where you can see the hunger, passion and burning desire for the love of the game. No blings blings, no million dollar money draw – just one simple task – enjoy at what they do best – football." promised Ng, a self-proclaimed football fanatic since the age of seven.

All matches will be taking place at St Wilfrid Sports Complex and the tournament ends on 11th November with the crowning of the inaugural champions of both Under-18 and Under-14 teams.

For more information of the tournament, please log on to the following sites.

Email ThisBlogThis!Share to TwitterShare to FacebookShare to Pinterest
Classifed as: events, Youth Football