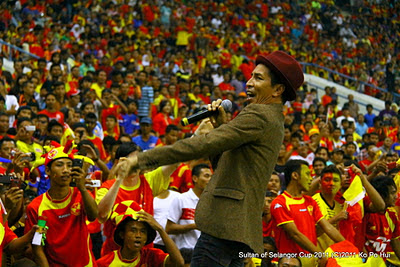 Malay rock legend Amy Search (pictured above) wowed the 65,000 at the Shah Alam Stadium in this annual event initiated by the Sultan of Selangor with motive in fostering relationship between Singapore and Selangor whom both shared an unique rivalry in the Malayan football history.

The Selangor veterans retained their title for second time in running, while the Singapore selection (made up of the Lions) beat Selangor Selection 1-0 to keep the honour for the third successive time. 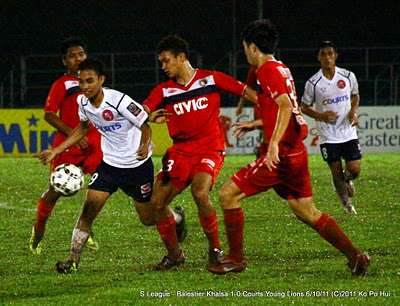 The match was delayed for good 45 minutes or so before referee decided to go ahead on a water-logged pitch amid drizzling throughout the night. 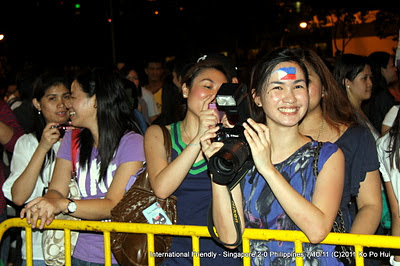 The normally subtle JBS turned into "Mini Manila" in early October when thousands from the Filipinos expat community turned out to see the Philippines national team in action against the Lions.

However, the Lions were not in charitable mood with their mind solely focused on their preparation for the then upcoming match World Cup Qualifiers against Jordan and beat the Azkals 2-0. 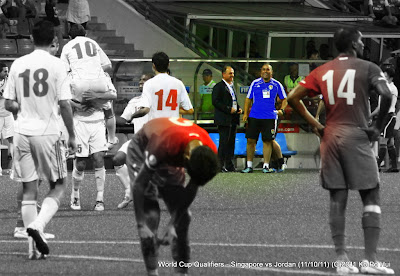 The fact is we lost to a much superior team that improved leaps and bounds since we beat them 2 years ago at Kallang.

The artificial field is not as scary as it was made out to be to scare the visiting teams as the two Middle-Easterners had proven that as a myth, despite the grumbles from their coaches. 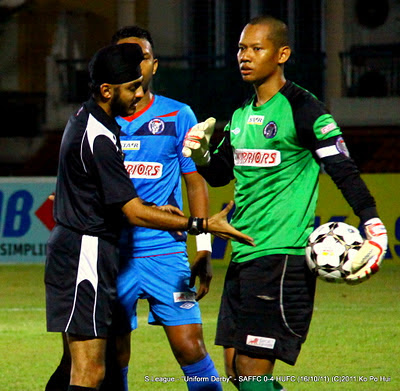 It was such an anti climax when three goals were conceded in such a short space of time that did not fit the billing of this highly-anticipated match.

An early goal (a perceived back pass resulted a free-kick at edge of six yard of SAFFC) was enough to destabilize the Warriors due to a controversial decision inside the box and eventually saw the Protectors grabbed two more before the end of the first half. 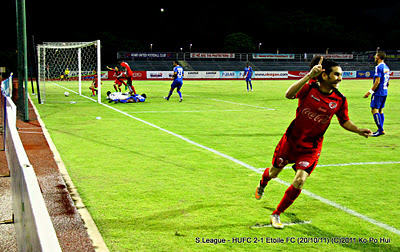 The reflective nature of the blades of the pitch at Bishan always bothers me as it tends to make the pictures look exposed if the pitch occupied large part of the composition of the picture.

Etoile coach Arena ferociously protested that his side was denied a penalty at the dying moments of their 2-1 defeat to Home Utd at Bishan Stadium.

Although, the irony was the Stars was actually leading the game for less than a minute after Kamel Chaaouane gave the lead in 48th minute before Fred Mendy levelled the scores in 49th minute with skipper Shi Jiayi netted home the winner in 57th minute. 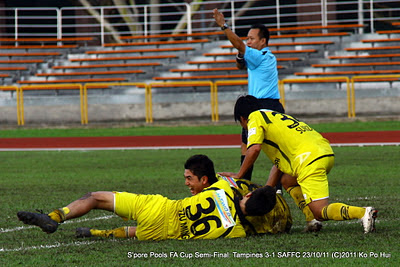 It wasn't not hard to see how bad the condition of the playing surface that was used the day before for a S.League game.

The lightning condition was good until the last 15 minutes of the match when the sky darken (good thing that it didn't gone into extra time).

PLEASE CLICK HERE TO SEE REST OF THE MATCH PICTURES.
logged down by Ko Po Hui at 23:59:00