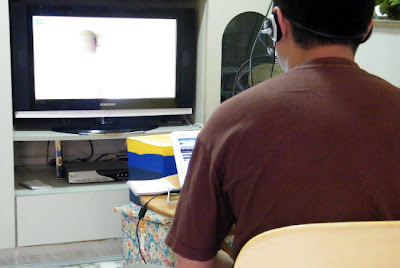 Catch the game in my living room, no taker of the "SKYPE-IN" for this last-minute gimmick.
The Indonesian paid the price for showing little respect to the Singaporeans'"dead-ball" supremacy as their slacking defending allowed the Cubs to make full use of those sloppiness and stabbed in two goals in less than half an hour since the kick-off.

A great header from Safuan Baharudin propelled the Cubs to a morale-boasting lead as early as 7min.

24th minute saw the Cubs extended their lead from "golden left-footer" Shaiful Esah, who created the first goal, after the Indonesian 'keeper misjudged the ball that floated in from the right. 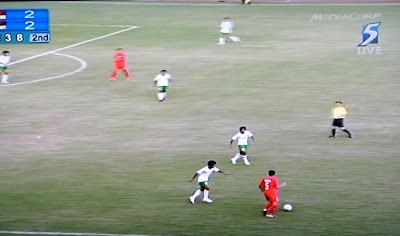 The Cubs started off well in the first half against a stoned Indonesians, who bounced back in the second to turn the table.

But skipper Isa Halim was guilty for his part for failing to stop the ball from the left flank, before the ball was played into the six-yard box to allow the young Garudas to pull one back before the end of the first period.

The Indonesians gave themselves a good account in the second half, as they shown some bites in their attacking play, but they were equally matched by the stout Cubs defending at back, only to see Singapore conceded the Indonesian equalizer in the 65th minute from a "dead-ball" situation. 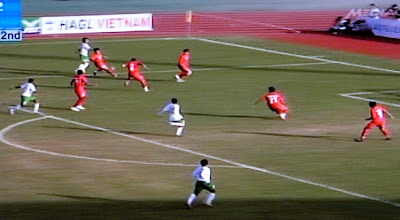 The Cubs were caught in "sixes-sevens" in the second half.
Suddenly, the table had turned against the Cubs whose early confidence apparently diminished at the later stage of the game that saw Engel Berth Sani almost nicked in the winner in the 82nd minute amid a weary Cubs backline.

2-2 the final score gutted in a sense we did well in the first half, but screwed in the second (although Isa Halim came so close with his thunderbolt from outside in the stoppage time).

(P.S: Everyone seems to forget that the official nickname of this team is the CUBS)