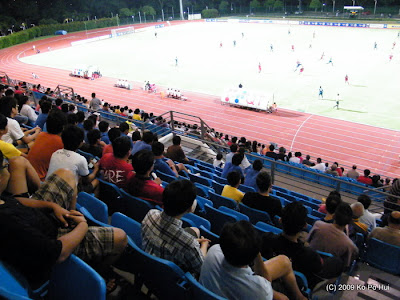 Just like any prep game for bigger match that follows, it was used a platform for some experimental play and fine-tuning of some issues that coach Raddy would like to remedy who is also facing some problem such as the absence of Arema Malang striker Noh Alam Shah and Home United's Shi Jiayi, both are still on the casualty list. 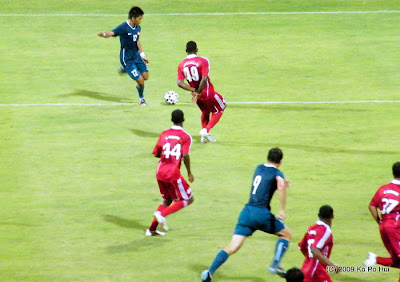 As such, skipper Indra Sahdan Daud was deployed on the right flank with Aleksandar Duric and his new Tampines striking partner Khairul Amri leading the attack upfront. While Hariss Harun and Fahrudin Mustafic (who missed a penalty that would have given us the game in the 37th minute) were tasked to nullify any Omani threat in the middle. 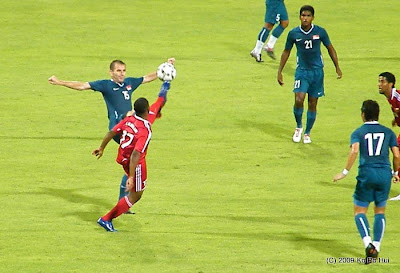 Mustafic (15) tussled the ball, while Hariss (21) and Shahril Ishak (17) look on
But the problem is that, given the similar playing style these two players possess (both holding defensive midfielders, correct me if I'm wrong), would it caused a confusion? Or unless there's clear define of responsibility. 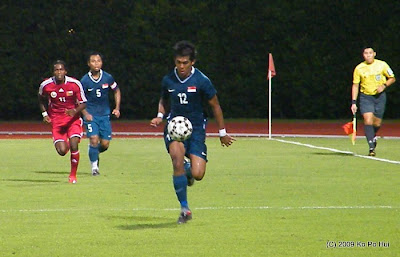 Amri knows very well his dare to take on defenders from the flanks is crucial.
Nonetheless, the absence of attacking players such as Jiayi and John Wilkinson does limited the Lions' attacking options, which is not wonder during the play of the game, the Singapore selection built much their offenses deep from their half and trying to catch the visitors on the counter-attacks. 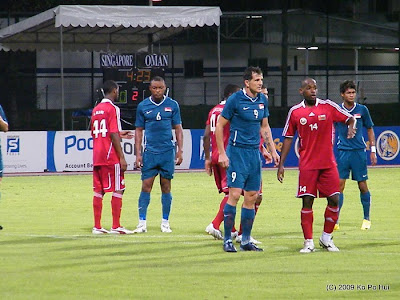 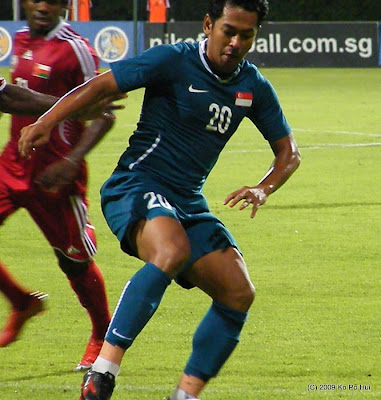 Masrezwan Masturi (pictured above) provided a bit of spark when he came in the second half.
On the other hand, the defensive trio of Baihakki Khaizan, Precious Emuejeraye and Daniel Bennett did not commit any significant blunders against the Omani, who were actively making their foray with their quick passing and swift movement of the ball. 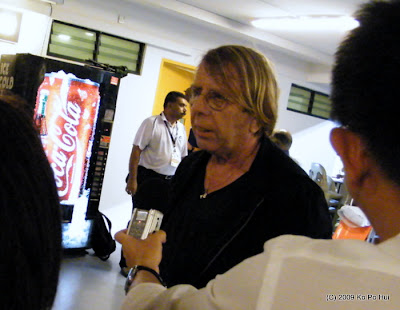 Oman coach Claude Le Roy (pictured above) said he and his team only arrived in Singapore yesterday, and coupled with the fact that he is without 10 of his regular players are some of the problems he faced in their Asian Cup Qualifier preparation.

He added he had instructed his team to play as a compact unit by not giving away too much space in the midfield that allowed Singapore to fall into the offside traps. 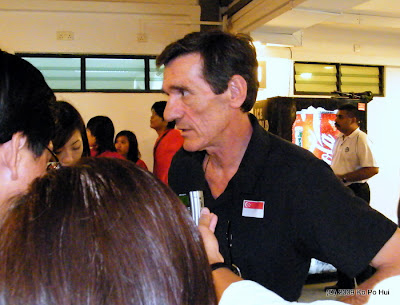 Coach Raddy (pictured above) said the defence played well tonight, although his team was facing difficulty in moving the ball forward. Playing against Oman is a good preparation for the Iranian clash next month as both these teams share similar qualities in terms of physical and playing style.
logged down by Ko Po Hui at 22:17:00

Email ThisBlogThis!Share to TwitterShare to FacebookShare to Pinterest
Classifed as: Bishan stadium, Friendly