Was at the training session of the Singapore sides, who will be facing the Selangor sides in the annual "Sultan of Selangor Cup" tournament, at the Jalan Besar Stadium. 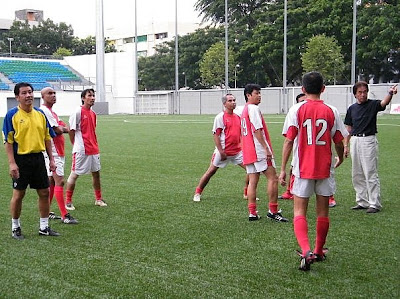 "That's where the VVIPs gonna be seated..." as Mr Richard Wong (in dark T-shirt) pointed towards the grand stand. 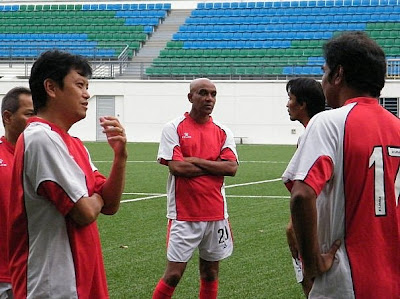 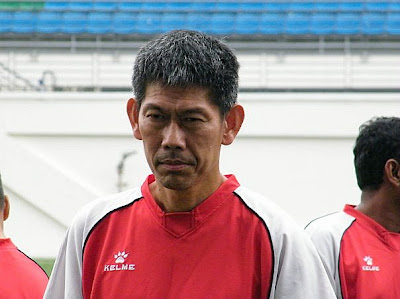 Former national left back Robert Sim - nicknamed "The Tank" by the fans in his playing days.

"Now, Hock.. Where is my jersey?" said 1980 Malaysia Cup winning skipper Samad Allapitchay (in white shirt), as he pressed his former team-mate, Ho Kwang Hock (in green top) for an answer, while Dollah Kassim (left) and R Suriamurthy (right) look on. 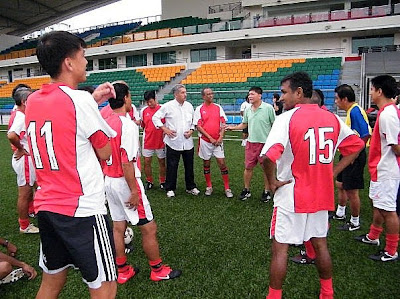 Lim Tong Hai (no.11) will be making his debut for the veterans, as V Sundramoorthy (15) will be showing his dazzling skills to thrill his fans. 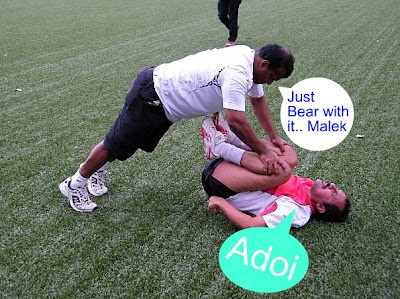 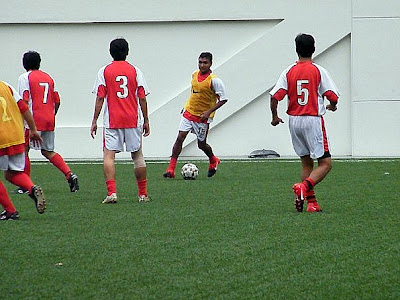 Here the "Dazzler" in his very best!! 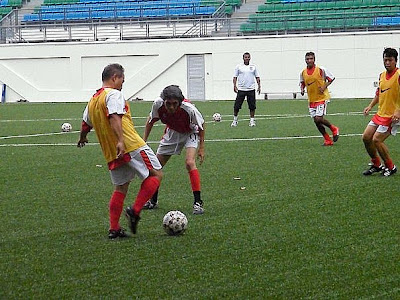 ... as the veterans continued with their training 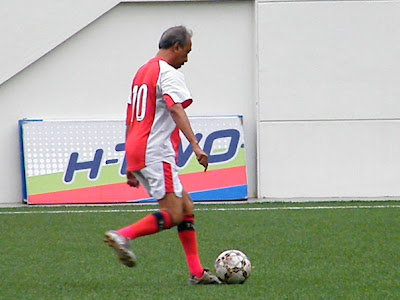 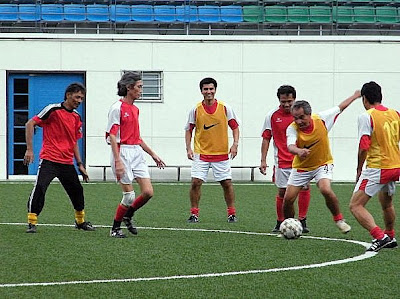 Ex-Gombak coach Salim Moin (second from right) tried to work his way out of the crowds. 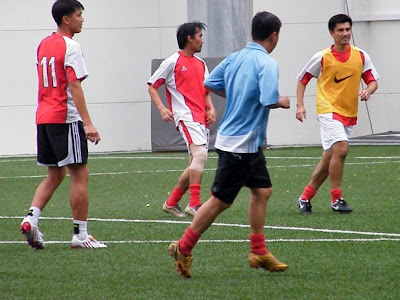 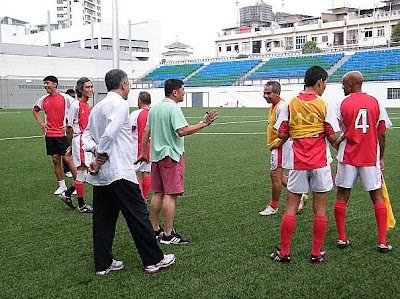 "Remember guys, the time to meet up tomorrow." reminded Mr Hock as the veterans ended their training session. 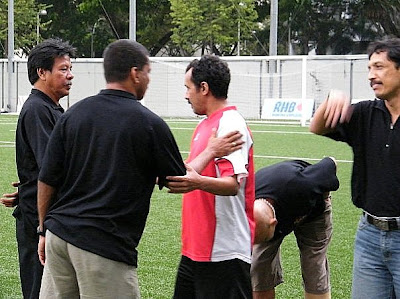 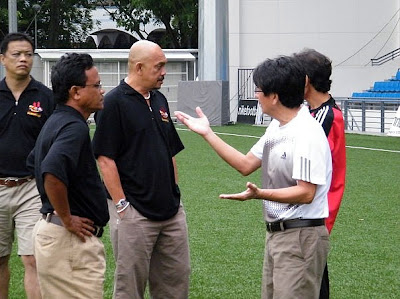 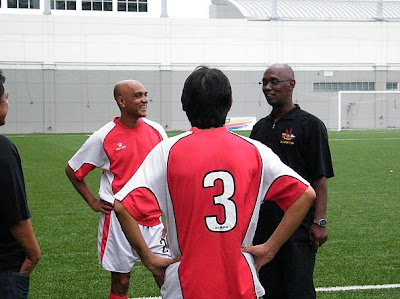 The Selangor veterans (in black polo-tees) turned up for a catching up session with their Singapore counterparts shortly after the end of the training session. 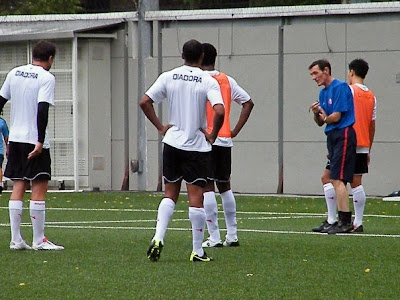 Coach Raddy get down to business. 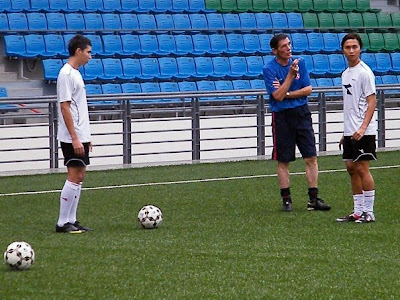 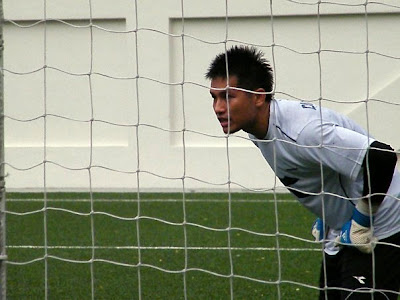 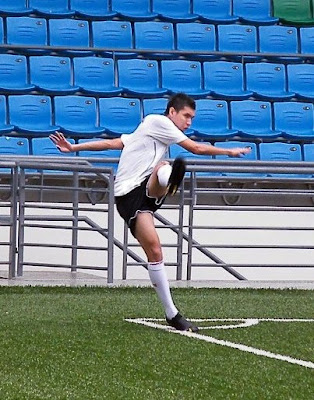 That's Shaiful Esah for you - that deadly left foot of his!! 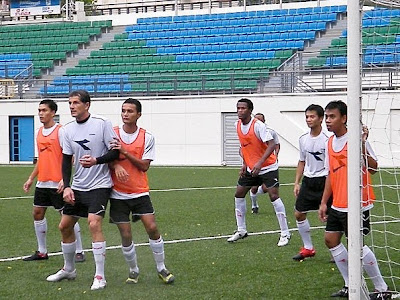 "Watch your man and position!" 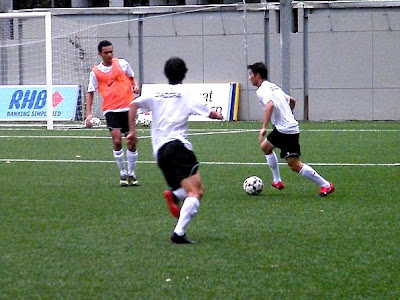 Indra Sahdan makes his move with the ball... 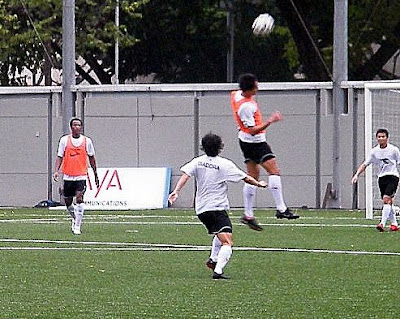 THE SELANGOR SELECTION TRAINING SESSION
The Selangor team arrived in Singapore just a day after completed a match of their Malaysia Cup campaign, begun their training session after Singapore Selection completed theirs. 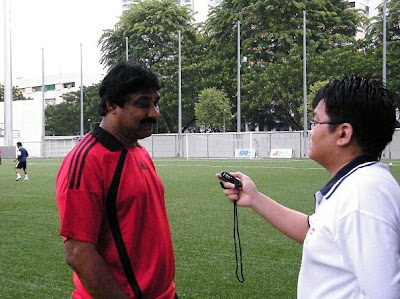 Selangor's coach K Devan (left in red shirt) had guided the Klang Valley side to three domestic titles this year, to him coaching Selangor is like coaching Malaysia's second national team. 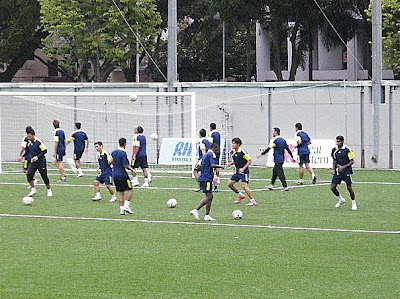 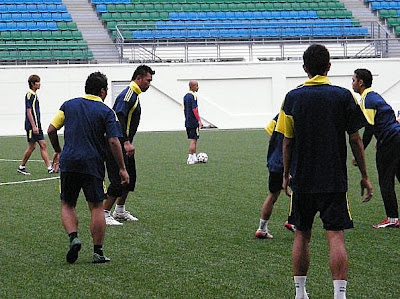 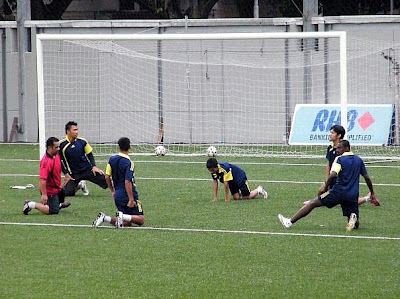 A lot of foreign teams had been complaining the playing surface of the Jalan Besar Stadium, it should be interesting to see the Klang Valley side can adapt themselves on surface like this, especially the team have barely a day rest before coming down to Singapore.
logged down by Ko Po Hui at 21:40:00