(This entry is formulated based on the media release issued by CROWD Pte Ltd, the PR agency for Nike Singapore)

The first impression of the new Magista Football boot from Nike would instantly bought many fans back to the early days of the game when the "high-cut" design of any football boot was the conventional design then.

Thus, in a move to revolutionize the look and feel of its latest product, the sporting giants decided to go along with that retro yet "radical" look to "redefines the concept of how football boots look and perform", according to the media release issued.

Born from four years of R&D in the Nike Sport Research Lab and with feedback from some of the world’s best attacking laymakers, including Barcelona’s Andrés Iniesta and German forward Mario Gotze, the Magista is designed to enable devastating creativity in a game where space is at a premium.

Another new technology being used in the design of Magista is the integration of "Nike Flyknit technology".

Utilizing a custom Nike last and Nike Flyknit construction, Magista offers a snug fit at the arch, heel and forefoot, and the added element of a Dynamic Fit collar hugs players in, locking them down in the boot. 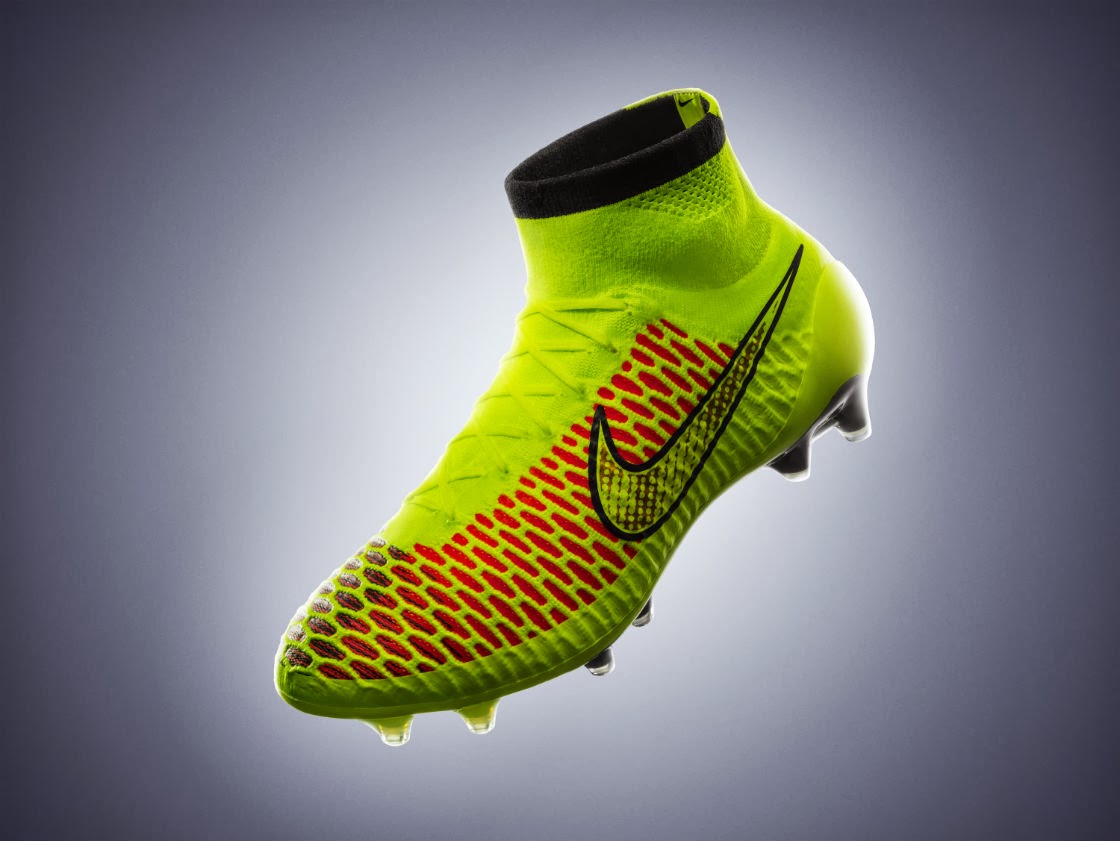 For consistent contact and increased control, the Magista features a 3D-knit textured upper. The Magista player needs a more aggressive texture to create friction on the ball for accurate dribbling and striking.

To protect the foot from water and cold, Nike’s design team developed a special application of NIKESKIN placed over top the Flyknit. The skin is less than 0.1 mm thick — thinner than a sheet of paper — and melts onto the knit to help protect from water that provide protection. 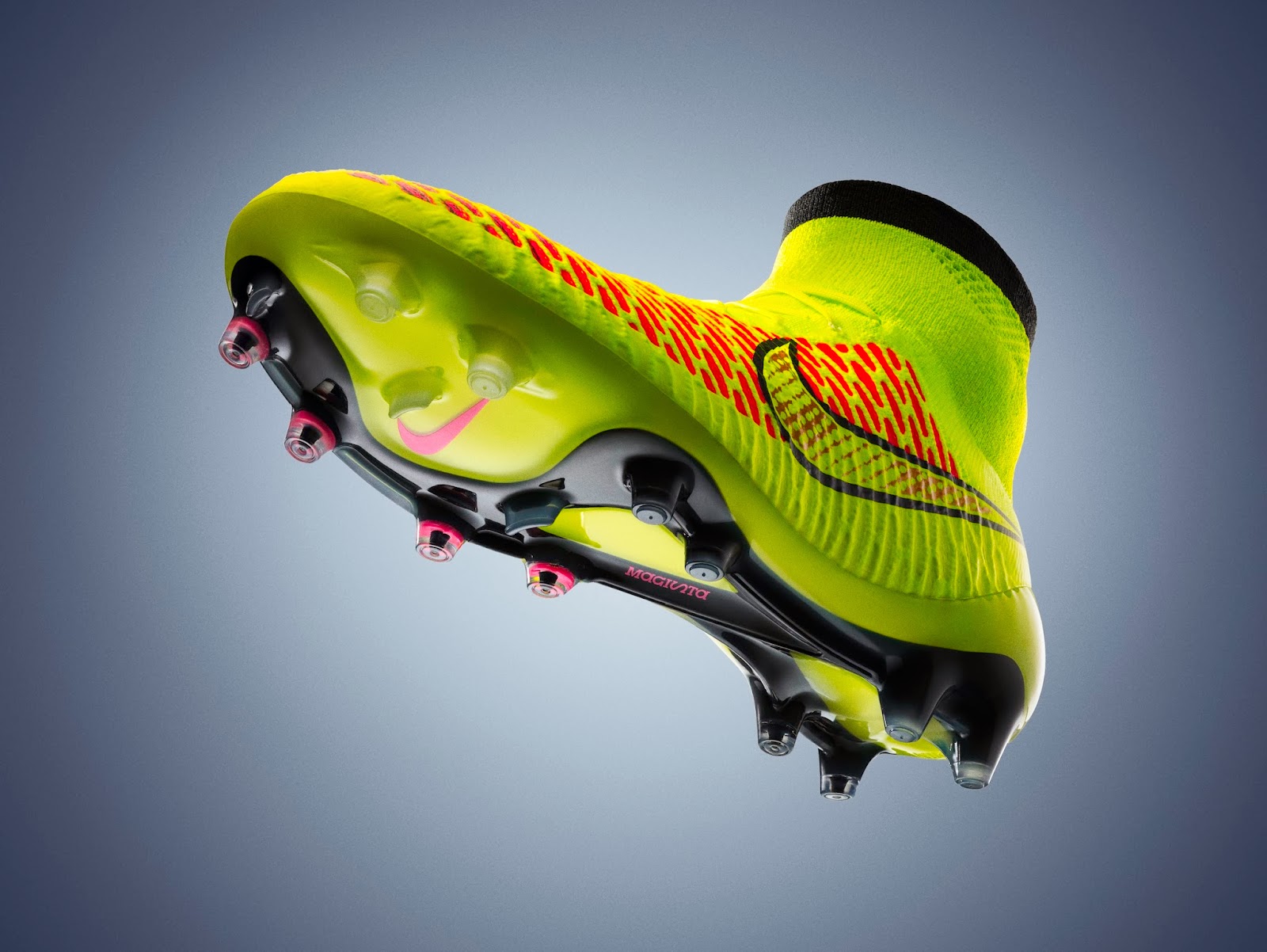 Compressed nylon offers a highly responsive plate that delivers strength while remaining incredibly light. Combined with Pebax, the structure allows for flex and increased movement with the foot while eliminating mechanical flex (an area where the boot always flexes in the same spot).

Nylon extends to the big toe and acts as a chassis to help players plant and then spring off the ground for more explosive speed. Nike also removed the insole board to place the player closer to the ground for a better center of gravity and
enhanced traction. Finally, the entirely conical stud configuration is unique to the Magista, enabling 360° rotation.