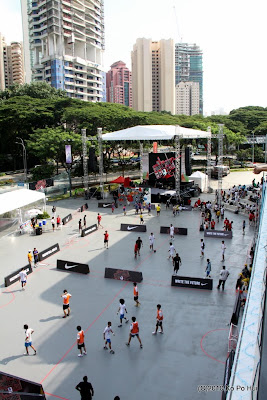 Good thing was that the flood that devastated the island shopping belt did no damage to the *SCAPE , the venue of the Nike Cup Singapore Tournament (pictured above).

Under the blazing sun, 120 teams from the "Central Zone" of Singapore comprised of sides of both "Junior" (between the age of 14 to 16) and "Senior" (17 to 19) categories were vie for a spot to among the top 50 teams (25 each from each category) to represent this zone to complete in the Grand Final after the tournament completed its “around-the-island” tour.

According to organizers, this tournament will be played in other “zones” (i.e.: East, West,North Zones), following the completion of the “Central Zone”.

On top of the Nike trophy and products, the winning team of the “Senior” category of this tournament will get a chance to head to Brazil on an all-expenses paid trip to train in Granja Comary where the Brazilian national teams conduct their training sessions.

While the winning team of the "Junior" category will get a chance to train with our very own Singapore National Team, on top of $8,000 worth of Nike products!


SOME OF THE PICTURES FROM THE EVENT 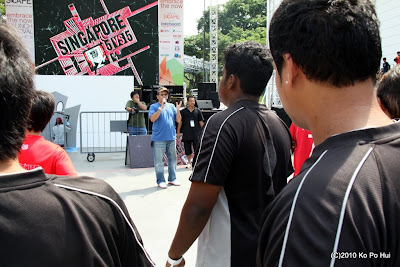 The emcee briefed the participants of the rules and regulations 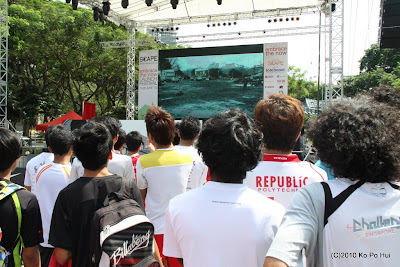 The showing of the advertisement clip - "Write the Future" before the start of the games. 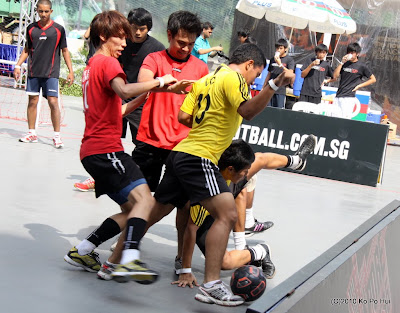 It was packed with high-intensity play as the teams squared off with one and other. 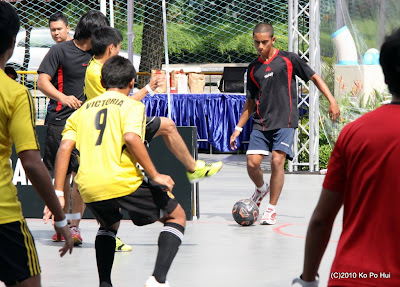 Every move and ball was played cautiously and diligently. 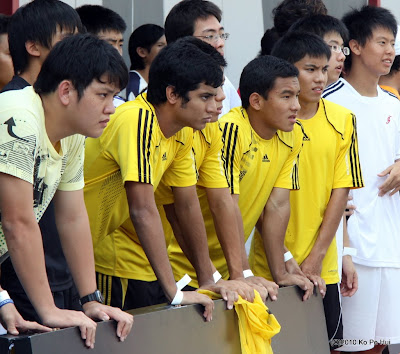 As everyone was focused and determined. 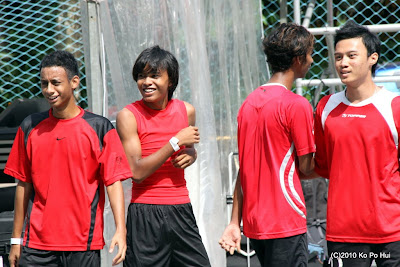 Because at the end of the day, there will be a winning team. 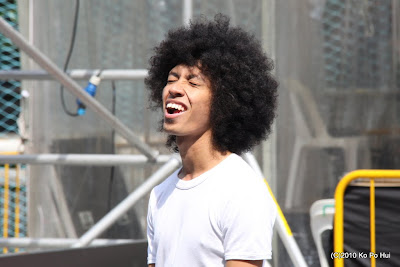 And someone will walk away in despair 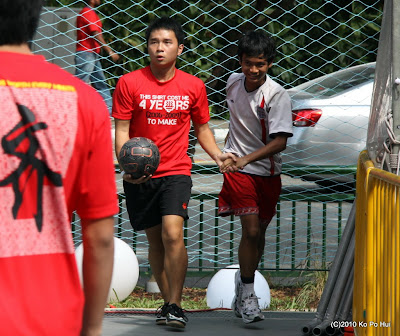 But sportsmanship prevails - that's the most important thing we learnt. 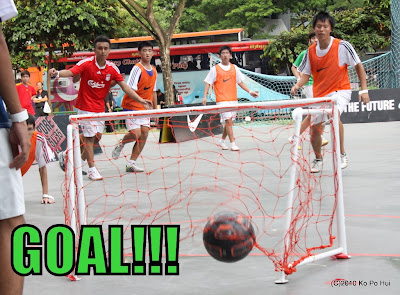 Unfortunately, if a goal is being scored... someone must make way for the others....That's football.
THE SHORT CLIP OF ONE OF THE MATCHES

Shot a footage of one of the matches taken place, so you guys would roughly have an idea how the games were played, just like at the old school basketball courts or on any open space.

FOR MORE PICTURES FROM THIS EVENT, PLEASE CLICK HERE.

For more information and to register, please log on to http://www.nikefootball.com.sg/nikecup or call the Nike Cup hotline at +65 6323 2054.