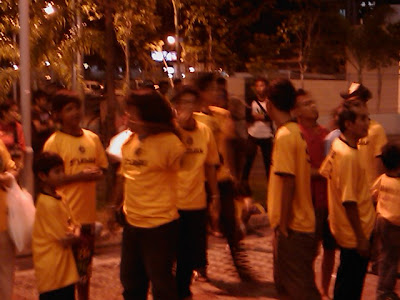 The first thing that came to my mind on the Monday morning was whether DPMM would be able to sustain their run with their hard and tough aggressive that won admiration from most lately.

The answer a definite yes, Woodlands Wellington were clearly outclassed by the in-form Bruneians who slowly revealing their true abilities.

Two well taken goals resulted from some attacking plays bore the testaments that whoever are going to face them will face a very tough fight.

Despite that coach Vjeran Simunic was not pleased with the result.

"Unfortunately, tonight we only won 2-1 and I'm surprised as we had created five, six chances in the game." said coach Simunic in his post match assessment.

"It shown we are improving after every game we played and proved that my players as good as players like Noh Alam Shah.” he added.

(note: Not sure if there were some unpleasant incidents that Woodlands' coach Nenad Bacina briefly interrupted when Simunic was addressing to the press. And angry words were exchanged when Bacina stormed into the media conference.)

“We had lost to a better team because they got hold of their chances” said coach Bacina.

“And I expect them (DPMM) to beat us as they are among the top-three teams and we can't complete with them with the budget they have and the level of competition they played before.

“I'm happy with my team's performance as many people don't expect Woodlands to do well this season.”added the Croatian coach.

THE THOUGHTS/SHORT TAKE ON THE FOLLOWING DAY
The general sentiment is while DPMM may have made some of their critics ate their words with their success in the league cup with their robust style of play but it will also take this same element to plot their downfall faster than anybody thought.

Just take a look at the way they lost their talismantic skipper Sallehuddin Damit and ace marksman Abdelhamid Berguiga in their semi-final win over Woodlands Wellington.

Just to serve as a reminder that the Bruneians lost their first game in the season (against Home United) because the missing of six regulars due to suspensions.

The uniformed derby is always a hotly contested event on and off the field.

Home United stick to their rotational policy that been serving them well by deployed some fresh legs in their duel against the “auld enemy” SAFFC.

While the fatigued Warriors were struggling for large part of the game, they did reasonably well to hold the Protectors at bay.

Again, football being a funny game when you cannot score you have to pay the price for let others to score instead and that was what happened to Home United in the first half when “Doo” (Naruphol Ar-Romsawa) blasted wide after eluded the entire Warriors defence.

So Park Tae Won took the chance and Aleksandar Duric had his in dying seconds sent the Warriors to the final amid a crumbling Home defence on both occasions. 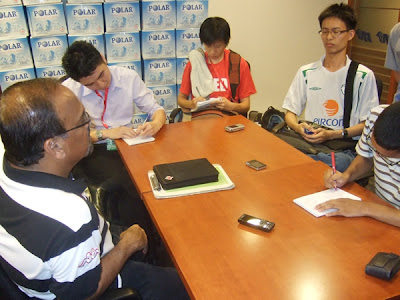 “Although they (SAFFC) are a tired outfit, they have more experience. They closed the game up quite well and we don't have a answer to their defence with eight players behind the ball most of the time as we couldn't get our passes which is our weakness tonight.” he added. 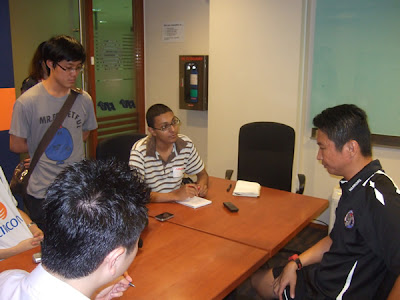 “It would tough but if you're winning, it'll compensate the tiredness ”said coach Bok on his team's chances against the fired-up debutant of the league.
logged down by Ko Po Hui at 00:28:00