What a dampen (something South China would not want..) 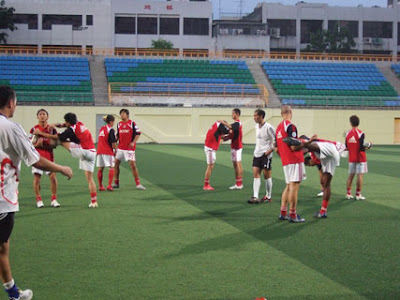 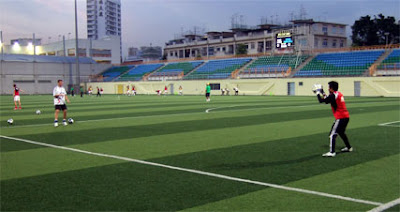 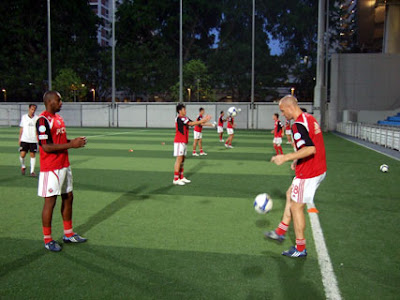 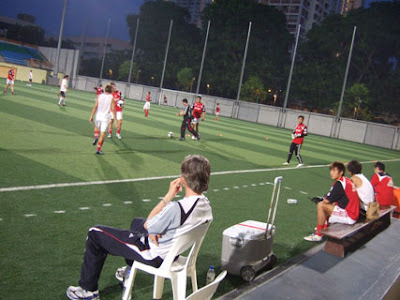 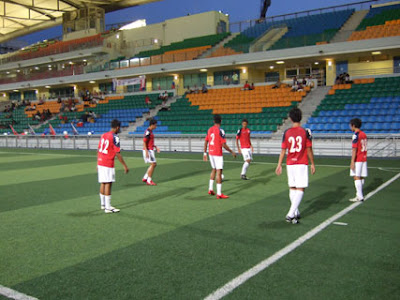 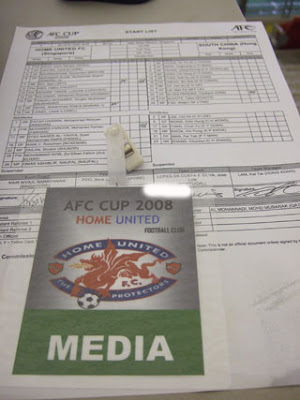 The media pass and the team sheet...

THE PRESS CONFERENCE after the match 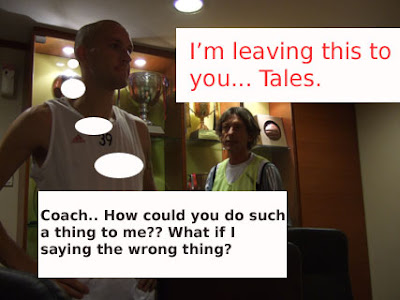 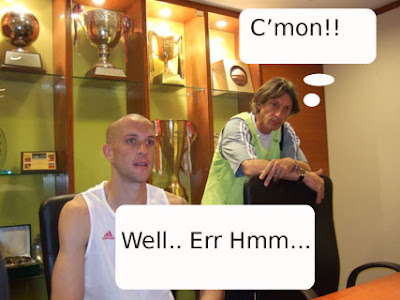 The only statement by an infuriated South China coach Jose Lopes Costa Silva, as he stormed into the conference room with his Brazilian import (of German descent)Tales Schutz, was, "I speak very little, as I'm very, very angry" before stormed out of the room, leaving the bald-headed striker facing the waiting press. 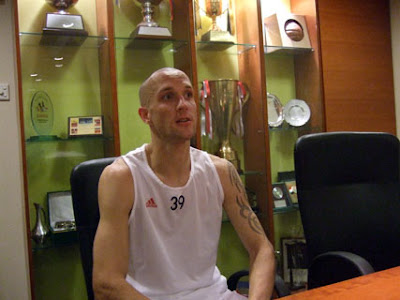 "In Hong Kong, we can field six foreigners, whereas we can have only two (actually, it's 3, Tales) in the AFC tournament" lamented Schutz, when asked about the predicament faced by the newly-crowned Hong Kong league champions.
"We tried our best but Home United played better.
"I think first half we played better football but second half, we made some mistakes and saw us conceded the goals." said Schutz, who conducted himself very well, although he was very cautious when asked about the over-reliance on foreign players in the Hong Kong, by kept saying the Hong Kong-born players "are improving". 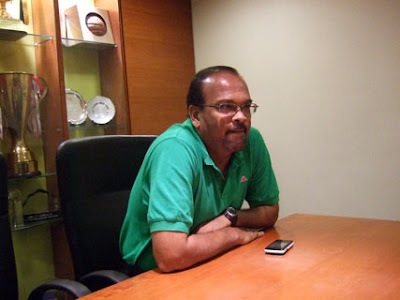 "I'm glad we are through (to the quarter-finals)" said a relieved Mr Sivaji, the Home United coach (above) as he addressed the media after his boys crushed the visitors, 4-1.
"This game is important as not only it cemented our qualification to the next round and shown the boys had bounced back after our defeat to Balestier (Khalsa) last weekend." 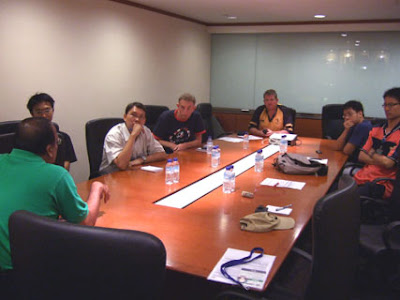 "I'm not suggesting the (next) game against Kedah is not important, we take every game we play seriously.

"But it's an opportunity to rest some of the (key) players and allow some of the younger players to gain some exposure in front of a crowd of 20 to 30,000 at Alor Star (capital of Kedah)." as the former national coach continued.