I missed Milan Máčala after the Bahrain friendly 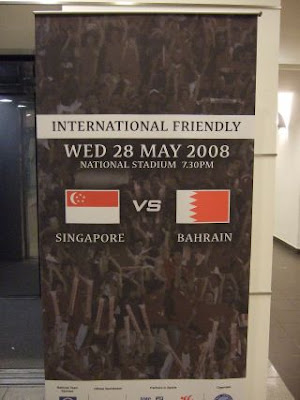 Two months back, when asked what would be his biggest fear, given the lengthy break after the Lions' victory over the Lebanese.

Coach Radojko Avramovic hoped his boys would take a good care of themselves to avoid any unnecessary injuries while fulfilling their club obligations.

Perhaps, the string of injuries that occurred to a handful of the players is something coach Raddy would not want to see.

Prior the friendly against Bahrain, already saw skipper Indra Sahdan Daud being ruled out till the return game against Uzbekistan (if he recover in time) on 7th June.

Joining the Home United star are the likes of Hariss Harun, Khairul Amri, John Wilkinson and etc (barring Hariss, Wilko and Khairul did featured against the Bahrainis). 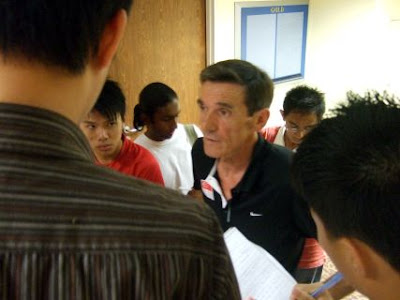 Again, was late for the post-match conference, when I saw coach Raddy (above) being surrounded by the media pack. (Initially, thought that the organizers had changed the venue from the usual "Sliver" room to the staircase that led to it!) after the actual one.

"It was a good experience from this game, as the Bahrainis' physique are similar to that of the Uzbeks, so it prepared us well to face them (on the 2nd June)." said coach Raddy

However, the Serbian coach refused to commit whether if he had decided his first XI.

"We have to see the situation first before we decided (the first XI)" as he concluded the day with the guys.

Unfortunately, I failed to get a word from the Bahrainis' coach Milan Máčala, a well-known figure in Middle-Eastern football (was told he barely spoke a few sentences before headed out of the "Silver" room)
logged down by Ko Po Hui at 23:25:00