some thoughts after the batte of "disappointed" 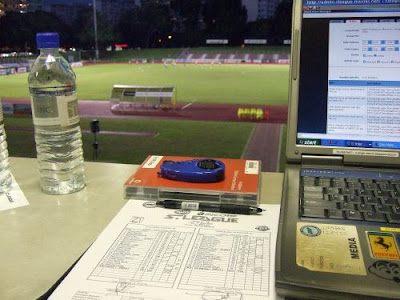 Shot from the media desk
I'm not sure should whosoever be responsible for making whosoever to believe that whosoever was meant to be that good?

Well, that was not what I meant to do but having came back from Bedok Stadium, where I saw Geylang United beat Sengkang Punggol 2-0, that thought just came to me.

Prior the start of the season, both teams went through a major overhaul in their team list, by having some so-called decent players signed by both teams, to an extend the Eagles were even touted to be title-contender and Sengkang was geared up for the big time.

But in the end, what do we have?

Save for their last three outing, Geylang failed to live up to their promise and Sengkang hold the title of having scoring the least number of goals as the season concluded the first-third of the campaign.
logged down by Ko Po Hui at 23:21:00