It's not just about sun, sand and seas 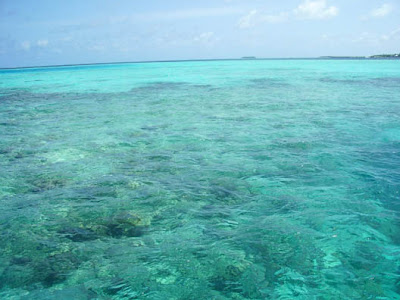 Picture from "Wiki"
I think that's the impressions of the Maldives, whenever people mentioned about this chain of islands off India are the SUN, SAND and the SEA.
No doubt, it's a dream paradise for all holiday makers.

But I would suggest this next time if you are there, take some time off the sun-bathing and catch some football action on the islands.
Draw this conclusion after I saw Victory SC, one of the Maldivians clubs in the AFC Cup competition gave Home United a hard fight at the Jalan Besar Stadium.
Normally, any foreign team played on this artificial surface of JBS would find it hard to get used to it, but not the Maldivians.
It was surprise to see how well they adapted to the surface and even took the lead first! (not mentioned the blooper by Lions' custodian Lionel Lewis at the nearpost.. Ooops).
But the home team picked themselves up and claimed the victory at the end of the day.
PICTURES FROM JBS 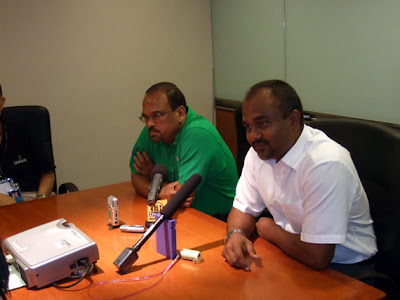 The visiting coach, Mr Mauroof Ahmed kicked start the press conference by saying it was a good game and satisfied with the team's performance and credited the credible display due to the presence of the Maldivian president at the stadium, who met the team prior the match and his words of encouragement had helped to lift the spirit of the team.

Although, he stop-shorted on commenting the probe by the AFC regarding two of his players being approached for "that thing", as the investigation is on-going.

Home United coach Mr Sivaji was delighted with the result, commented that it was a tough game and praised the Maldivians for playing good, high-intensive football , while his main concern would be the fitness of his players, having to play as many as three games on a roll in a space of a week.. 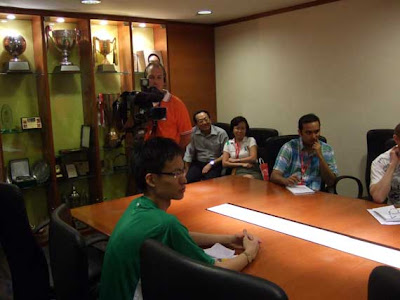