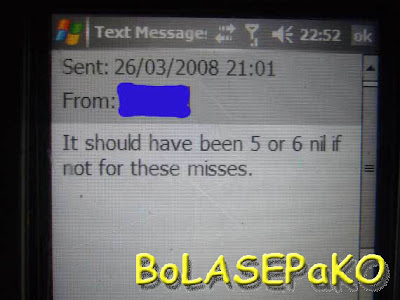 That was what my colleague SMSed while the game was going on.

Who could blame him for saying that, when thousands more were watching at the comfort of their couch saw the Lions, who could massacre the under-strength Lebanese side?

But coach Raddy was pleased with the performance, despite the lack of through preparation with the S.League already in full swing.

Uzbekistan will be team to beat, with their 3-0 win against the Saudis.

"They (Uzbeks) are not your typical Asian team, as they played a more European style of football" said coach Raddy at the post-match conference.

Nonetheless, with two months to go before the Lions square off against the Saudi, the biggest concern for the national team is to avoid any unnecessary injury.

Well done, boys (but don't forget to polish your boots next time.. : p)
SOME PICTURES FROM THE POST-MATCH MEDIA CONFERENCE 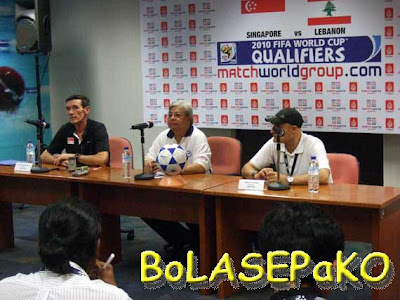 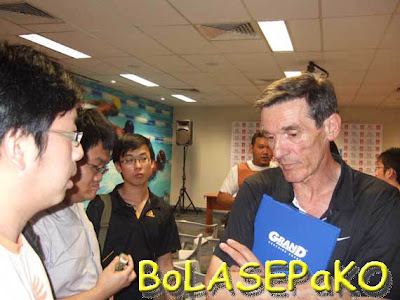 (P.S: Of course, plenty of angry voices outhere that we weren't scoring enough goals.)
logged down by Ko Po Hui at 23:10:00