I'm not sure things would have been different if we are in the final of the SEA Games.. only found out that Channel 5 was delay telecasted the match that I managed to source that Vietnamese TV was showing the game live!!
But sad to say though, the VTC, must be pissed with the fact that their much-touted side was thrashed by us , that halfway to the second half they decided to switch to volleyball instead!!
So much so that I had to rely on the KallangRoar.com for the update, after another alternate source was unavailable (Thank you guys). 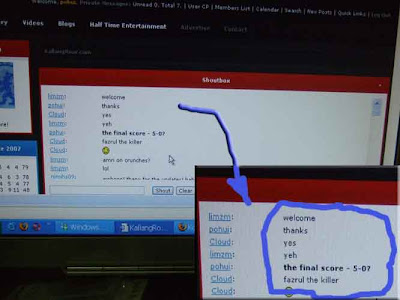