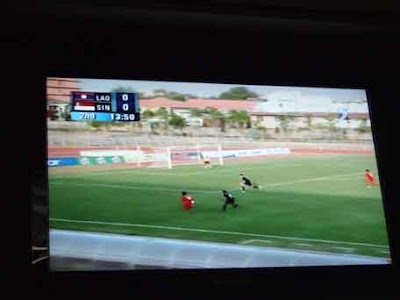 Nice stadium, giving that nice "kampung" feeling...
I can't really image what would happend if the lately under-fired terrestrial MediaCorp did not beamed this game over Channel 5.

After all, when was the last time we saw the any of the Singapore team on free-to-all channel , be it the national or the U-23 teams? 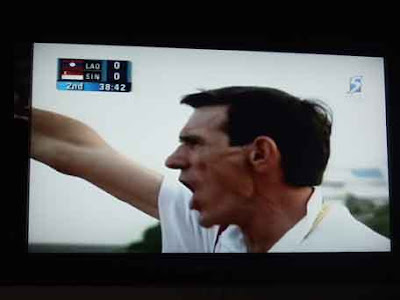 Coach Raddy at the top of his voice..

Anyway, the commentator of the match (who is it, anyway - Bernard Lim?) kept stressing the disatrious outcome if the game ended in draw.. (man, this is pretty annoying) though the biggest drawback was his failure for calling the team - the LIONS, when it actually they are the CUBS. Other than that should we forgive for calling Isa Halim as "Mohd Isa" and Jantan Jumaa't instead of Jumaa't Jantan..

As this is not the first time the CUBS starting off in this manner, I keep my opinion WIDE OPEN.. but just don't come back straight after the Official Opening ceremony, CUBS!! 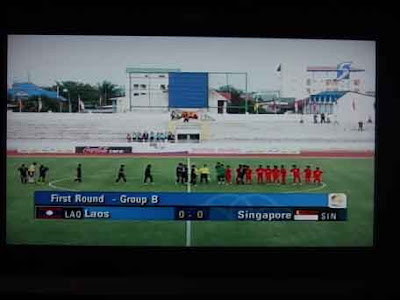