Just as we thought the "on-and-off" episode of Sinchi FC had closed. The news leaked out that the rookie of the year - Paya Lebar Punggol FC, is toying the idea of calling it a day. 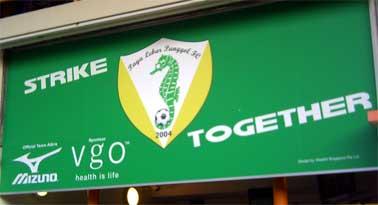 I can't help but feel sorry for the folks staying in Hougang area, for another denial of chance to see S-League football if the Seahorses decided to pull the plug.

Since the start of the league, we seen the teams like Landmark Marine Castle (who pulled out at the eleventh hour, just before the start of the 1997 season, without kicking a ball),Sengkang Marine, Sinchi FC and now Paya Lebar, based in the Hougang stadium.

Despite having these mediocre teams playing at Hougang (except for Sinchi FC), some of the matches were well-attended. 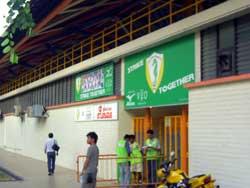 But on the hindsight, it could well turn out to be a blessing for the league on whole.

As the Seahorses' management are quick to admit that they might not have the means to continue, unlike some of those stay out clubs, struggled to put on a brave front.