[Feature] Aiding in the revival of the Lions' fortune...

Their exploits on the field in recent weeks would not have been gone unnoticed and possible without Nike's Tiempo Legend IV Elite. 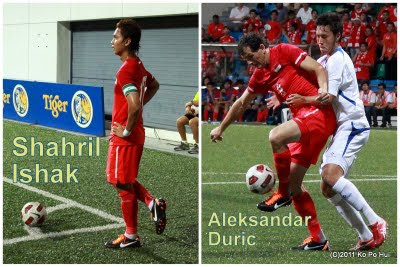 With this latest football boots launched by the global sporting giants that are being wore lately by the triumvirate of Singapore National Football Team captain Shahril Ishak (pictured above left), veteran goal ace Aleksandar Duric (pictured above right) and "boy wonder" Hariss Harun, they had helped to propel the much beleaguered Lions back to prominence included that crucial win over Malaysia in the "Causeway Derby" that qualified them for the Asian World Cup Group Qualifiers, where they are due to meet China in days to come.

Tiempo Legend IV Elite
Being the 12th model of the "Tiempo" series launched by Nike, the series had come a long way since 1994 when the game's biggest tournament was staged in the United States that saw its first model - "Tiempo Premier" wore by eight of the 22 players on field in the final match between Italy and eventual winners, Brazil.

Soon after that, "Tiempo" was seen as a launchpad for Nike to catapult itself to be among the leading names of the game through its various innovative and top quality products over these years. Therefore, it was not unusual to see "Tiempo Legend IV Elite" being first crafted in a small Italian town of Montebellun, long reputed for its fine shoe-making craftsmanship, in part of that process to meet up to the stringent expectations on it.


"The new Tiempo offers a respect for the heritage of the boot, and what we wanted the Tiempo to represent. That is, a style of shoemaking, a snug fit, design that is understated not flamboyant.

It’s about refinement and simplicity; it’s about respect for the athlete, not flashy design or features. It’s a timeless piece of craftsmanship." Dave Daly, Nike's Global Footwear Director, Football

Indeed with those words of Daly, the end product of this masterpiece is the result after a manufacturing process that involved 128 steps with a total of 80 different components plus 56.50 meters of Flywire technology thread (that helps to minimize weight and maximize support in Nike footwear) and 4,751 stitches go into each boot.

In short, the boots are designed to provide great fit and touch and is the lightest "Tiempo" model ever.

New Environmentally-Friendly Club Kits and Lifestyle Range for top European clubs sides
Equally essential in every footballer's gear is the jersey he is wearing.

Since last year, Nike improvised its "Dri-Fit" fabric that actively regulate the players' body temperatures on the pitch to keep them dry and cool at all times through use of this unique technology that draws sweat away from the player's body through the material where it can evaporate.

This fabric also claimed another distinction for using recycled plastic water bottles in its fabrication process of these jerseys in effort to be more environmental friendly.

It is the same kind of material used in the Lions' current jersey which is also in those jerseys of that of Manchester United, Barcelona and Arsenal too. 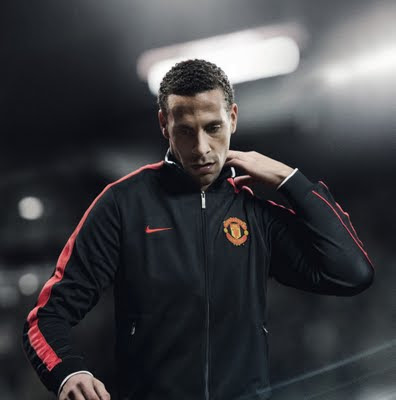 Beside the match day kits, Nike has launched a unique line of training and lifestyle clothing (pictured above with Manchester United's Rio Ferdinand in a jacket) for both players and fans to wear on and off pitch.

T90 Seitiro ball
No Singaporean fan would forget that moment when Duric's flick header that set up that Shi Jiayi's equalizer against Malaysia and silenced majority of the 80,000 crowds at Bukit Jalil Stadium thus landed the Lions at where they are now.

The match ball that night was "T90 Seitiro". 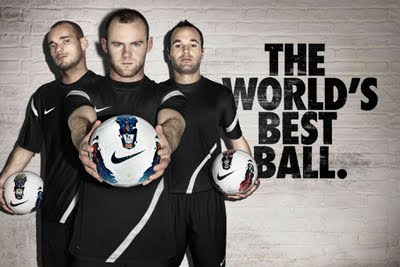 Tested and validated on pitch by some of the world's best players including Wayne Rooney, Andrés Iniesta and Wesley Sneijder the T90 Seitiro ball's casing color, graphic design and contrast creates an optimal visual signal on the pitch, allowing for players to rapidly and intuitively spot the ball anywhere on the pitch.

The T90 Seitiro's touch, aerodynamic stability and Nike RaDaR technology make it the best ball on the planet.

Partners hand in hand
As the Lions are due to play their opening group qualifier match against China this coming Friday (2nd of September), it's without any doubt that Nike will continue in its role to help the revival of Singapore football.