Oman shown their true colour on the New Year's Eve, by walloped Singapore 4-1 at the Bishan Stadium in the final game of this two-game friendly series.

As what coach Raddy said after the match, he cannot think of anything positive out of this game as the visitors had clearly outsmarted, outclassed and outwitted their hosts with some swift movement and dominating of possession plays.

It was certainly hard to stomach the sight of being so near to witness those three goals (mainly due to sloppy defending) let in by the Lions in the first half.

Just as a friend in the media had commented we are guilty for the inconsistency shown in our recent run, which I really hope we can bounce back next Wednesday when we facing the Iranians like how we fought back gallantly to beat the Thais on their home turf. 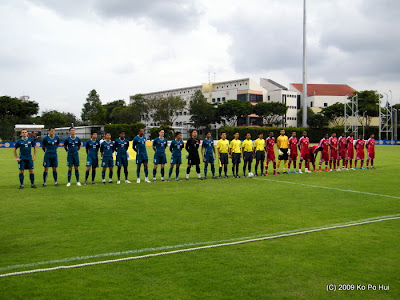 (Picture above) This was an "A" international international match, since the referee is non-Singaporean this time, as compared to the "selection" game days ago. 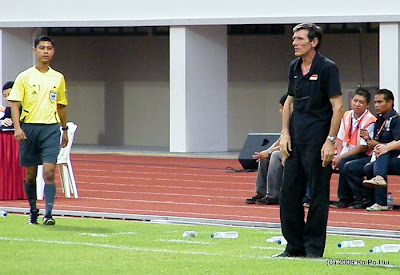 Coach Raddy is clearly disappointed with the Lions' performance this evening. 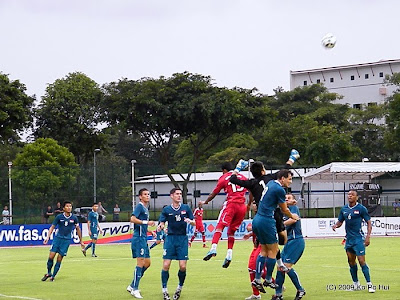 Goalkeeper Hassan Sunny should had been more decisive in the first place to prevent the Omanis to open the account in the 15th minute. 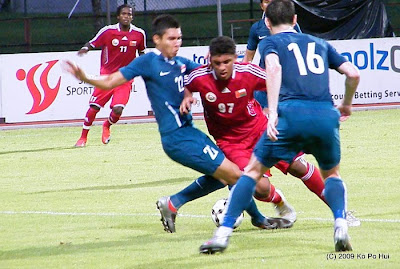 The swift movement of players and playing of the balls by the visitors had created enough headache for Shaiful Eash (22) and Daniel Bennett (16). 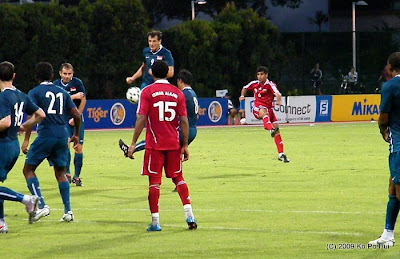 The porous wall led to the third goal from this direct free-kick by Husain Ali (second from right). 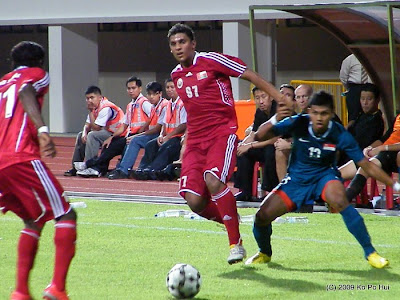 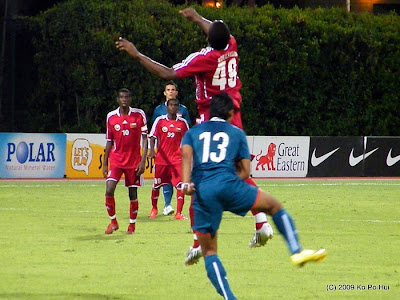 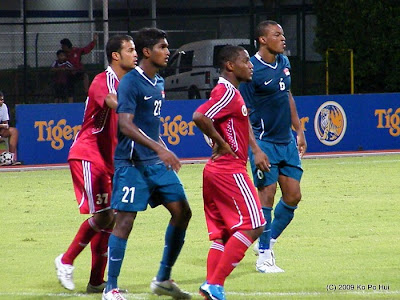 To be fair though, the Lions tried something different in the second half by pacing their attacks to the Omanis half with some slow passing game, but it was to no avail as the Omanis defence was proven too hard to crack.
PICTURES FROM THE POST MATCH PRESS CONFERENCE 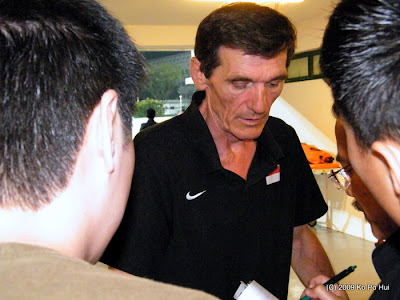 Coach Raddy (above) lamented the poor positioning and the inability to string more than "two passes" had caused the Lions dearly. He also added that the team had two-three chances to score but couldn't make full use of it and allow the visitors to punish them instead. 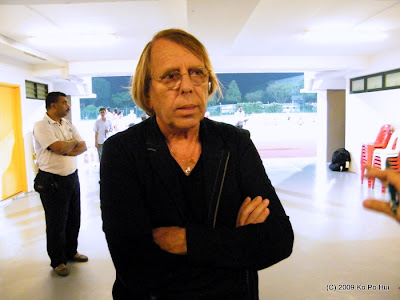 Oman coach Claude Le Roy (above) pleased with the fact that some of his key players had arrived in time for their preparation in the Asian Cup Qualifier against the Indonesians, whilst he pleased with the performance tonight he remain cautious by taking things "step-by-step".
logged down by Ko Po Hui at 23:00:00