I was at the Jalan Besar Stadium to catch the national team in their preparation against the visiting Omani side, as both sides are gearing up for their Asian Cup qualifying campaign to be resumed early next month.

SOME PICTURES FROM THE TRAINING SESSION 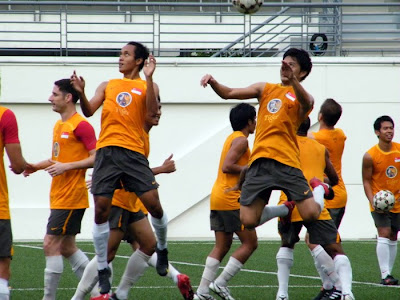 (Pictured above) In-sync as Fadhil Noh and Indra Sahdan Daud practicing their headers in the warming up. 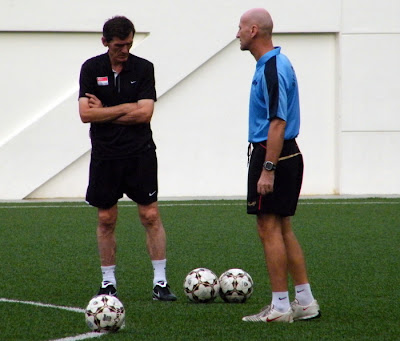 Coach Raddy and trainer Aleksandar Bozenko planning the routine ahead. 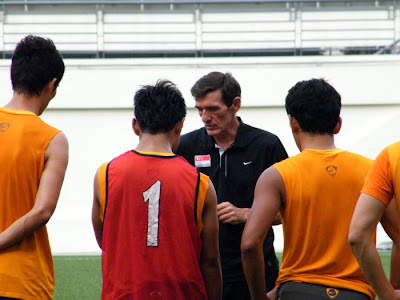 "Okay guys, this is what we gonna do" as the coach Raddy spells out the plan. 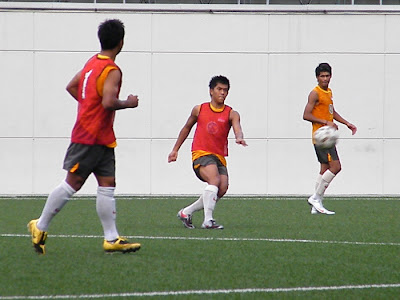 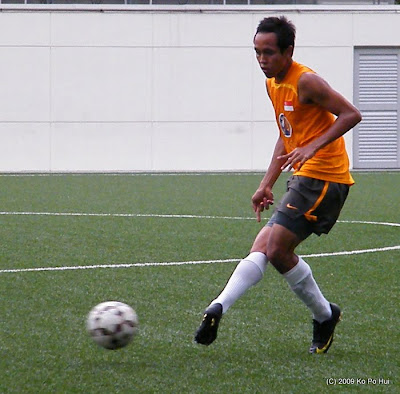 Fadhil Noh is one of the Cubs selected for the senior squad. 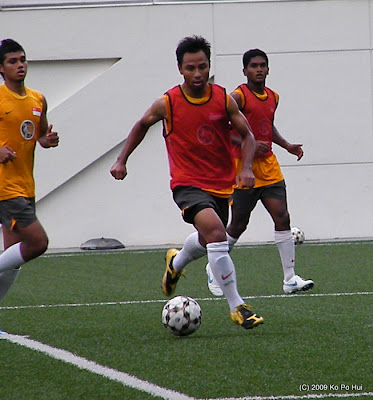 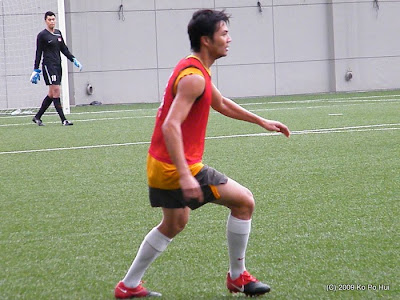 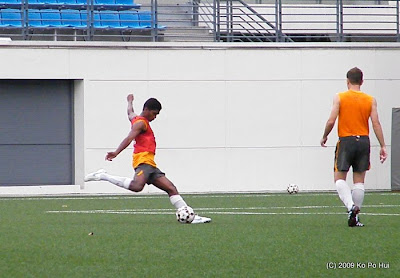 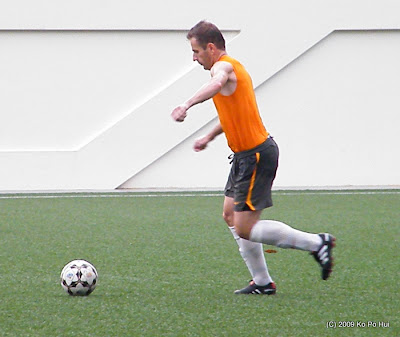 "Farra" himself can't resist to take a shot as well. 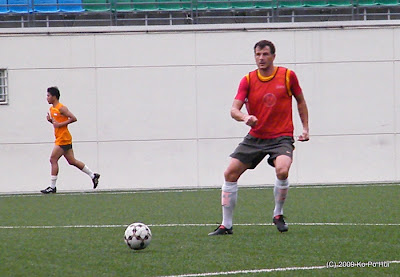 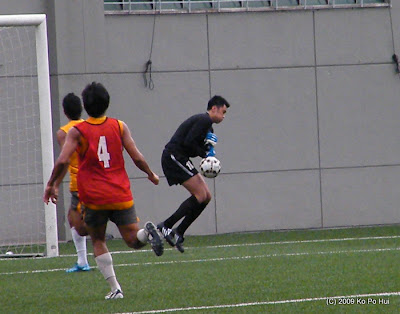 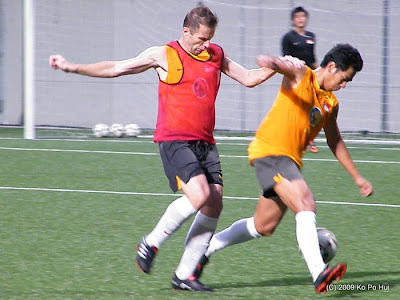 Mustafic and Masrezwan Masturi tussled for the ball on the flank. 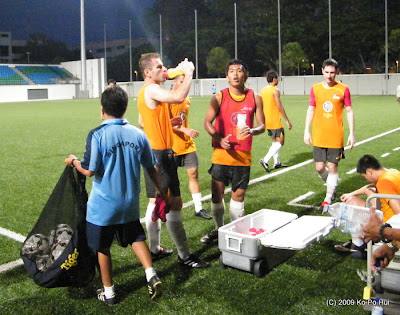 End of the session after a hardworking day in the office.
logged down by Ko Po Hui at 22:03:00