The autograph hunting began with Home United coach Mr PN Sivaji, the national team coach of the 1993 team, at the Bishan Stadium this evening.

Please stay tuned to this entry if you are keen to know the progress of the mission.

A link to this entry will be placed on the right menu, so that visitors can keep track of the progress (even after this entry is "exit out" of the main page.)

THE SIGNING OF THE POSTER... 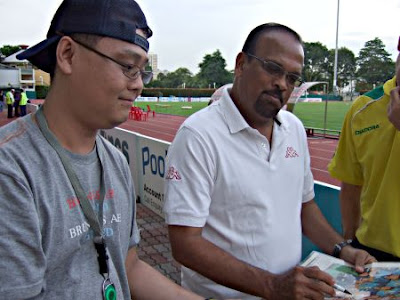 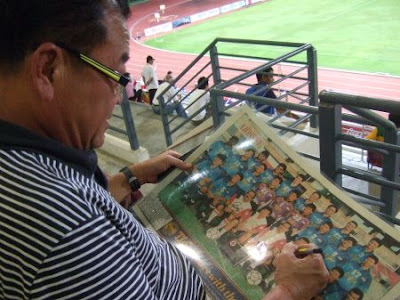 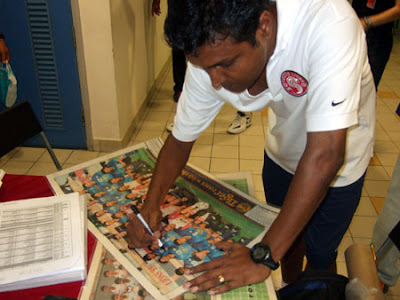 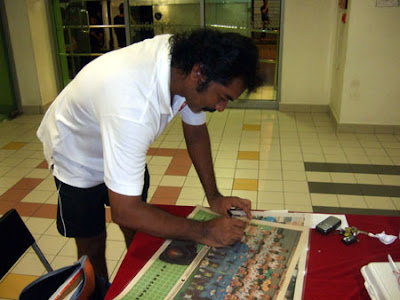 Former national captain Terry Pathmanathan was the first signatory on the '90 poster (3/8/2008). 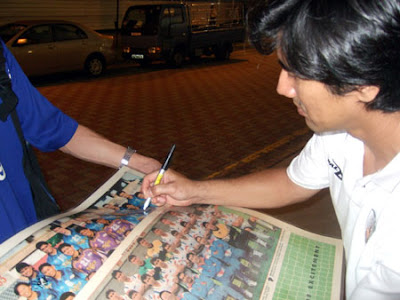 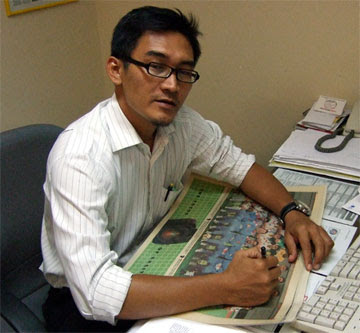 1998 Tiger Cup winning skipper Nazri Nasir was surprised to see me after their game against Home United, signed the posters (13/8/2008) 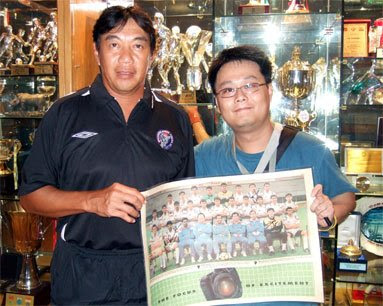 David Lee, who came out of retirement in 1994 season to play a major part in clinching the island's final Malaysia Cup victory, signed the 1990's poster. And appreciated for the fact to have this shot re-taken at the end of the day(18/8/2008). 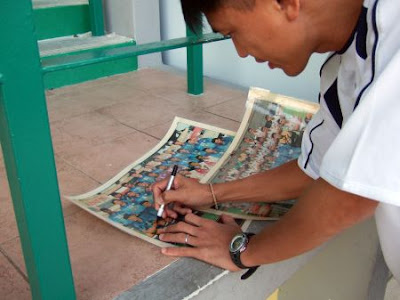 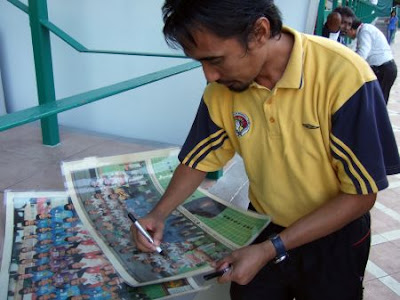 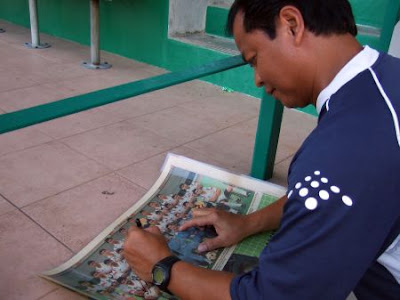 "Ah, you are wanted" as I told a surprised D Tokijan, when the Geylang assistant coach was about to make his way to the pitch.

But the heart-warming part came when Tokijan's son, who is one of the youth players of the club, saw the glory days of his dad via this poster and revealed that he was born in that year when the poster shot was taken in 1990. (27/8/08) 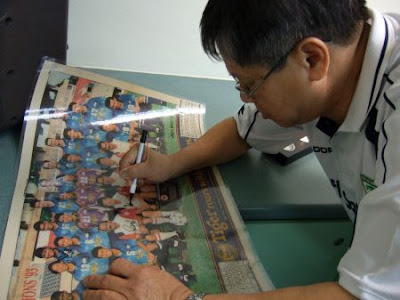 Email ThisBlogThis!Share to TwitterShare to FacebookShare to Pinterest
Classifed as: mission impossible