Thet Great feeling is "Back" somehow... 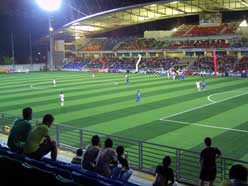 This fixture sure brought back a bit of nostalgic feel at the Jalan Besar.

Media workers from both sides of the Causeway mingled with each other, setting up their props and exchanging views and pointers about the both teams. 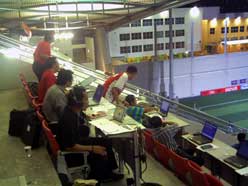 The pitch has been playing the "lead actor" whenever a fixture is staged here, though one prominent figure in the local football brushed off the suggestion that the artificial turf had been the deciding factor. 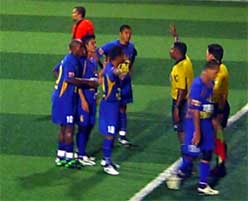 Pretty controversial towards the end as Perlis disputed the Young Lions' winning goal but the match officials stood firm on their decision. (This of course irked the visiting Perlis supporters who targeted the officials with those “colourful” languages.)

Nonetheless, the hosts maintained their composure to hold their guests at bay, despite conceded a penalty in dying minutes, which was well saved ‘keeper Fadhil Salim. 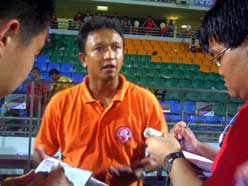 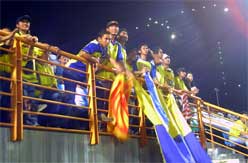 Perlis fans made their presence felt with their cheers and (jeers) 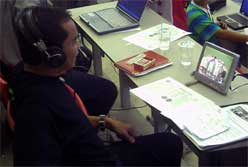 This match was live telecasted on Malaysia's TV3