Balestier's Brazilian import Vitor Borges venturing into the Rams' heartlands
So much debate had been on-going if the S.League should have a recess during the World Cup period.
The argument is that with the "Greatest Show on Earth" grabbing the attention world-wide, the domestic league will be further deprived of attention and the crowds, as reported on the papers recently, are staying away. 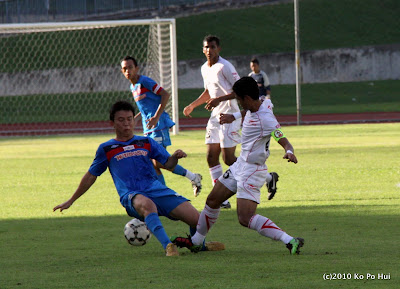 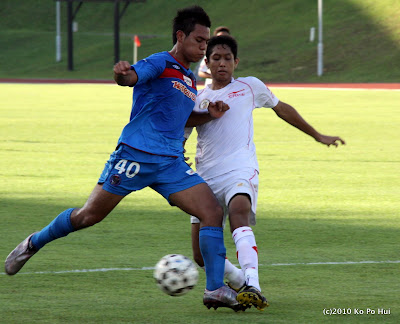 However, in my opinion (as I already spelt it out during a discussion on this blog's FB page), we simply can't stop the league just because of the World Cup.
My reason being that it will cause a "piling up"of fixtures towards the end of the season. 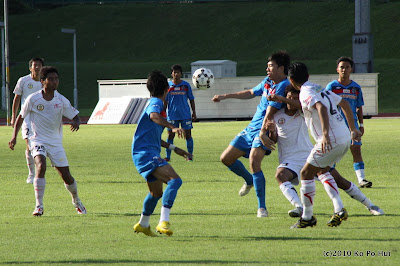 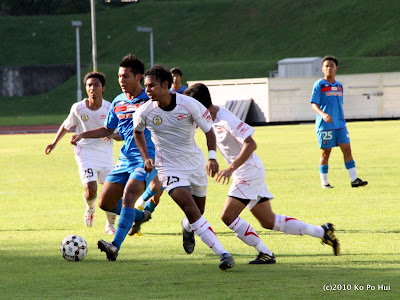 Yes, for the fact that initially there was suppose to be a recess for the league during this period when there was a proposal for a joint-tournament between the S.League clubs and their Malaysian counterparts.
However, due to some technical difficulties, the whole proposal was scrapped off (anyway, I was told the Malaysians are not that keen to complete against the S.League clubs unless it's against SINGAPORE - talk about that "Malaysia Cup"sentiment). 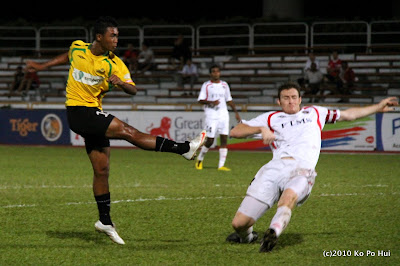 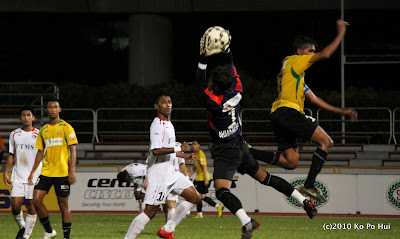 Furthermore, with the YOG (Youth Olympics Games) to be held in August, the league will have its recess with the national team heading to Europe for a training tour in prepare for the Asean tournament at the end of the year.
Having a gap now for the sake of the World Cup, I'm not sure if it would break the momentum of some of the teams as a lengthy period without games with competitive nature might somehow jolt the form of these teams, especially of those who are "on the form".
For the sake of it, the show MUST GO ON...
(P.S: the match photos are of those of Prime League fixture between Gombak United and SAFFC at Jurong West Stadium and those of between Woodlands Wellington and Balestier Khalsa at Woodlands Stadium on the same day)
logged down by Ko Po Hui at 00:26:00

Email ThisBlogThis!Share to TwitterShare to FacebookShare to Pinterest
Classifed as: Prime League, S.League