By Ko Po Hui September 13, 2008
According to "Wikipedia", there are two other versions of "FRIDAY NIGHT FOOTBALL" in the world. One being the Canada's broadcast of a Canadian Football League fixture on that day (Canadian Football, almost similar to American Football) and the other is the Australian versions of both Aussie Rules and the 13-men version of Rugby - the Rugby League (where die-hards still stubbornly refer it as FOOTBALL). 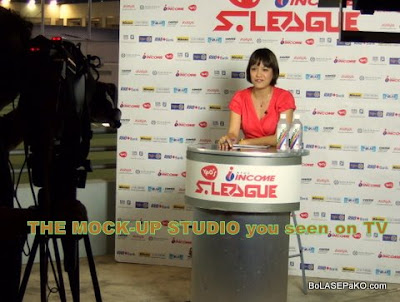 The host of the night, her name is Angel Teo, right? (Correct me if I'm wrong, thanks) 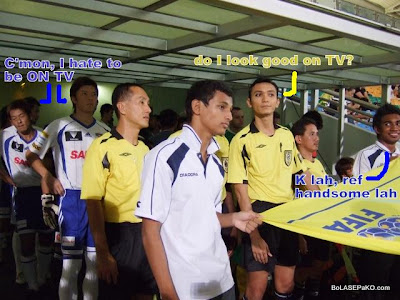 At the Tunnel before the match officials lead the teams out 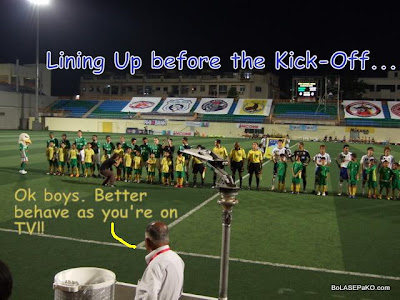 The lining up of the teams... 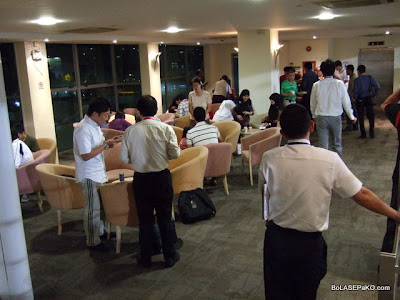 Mingle around at the VIP Lounge... 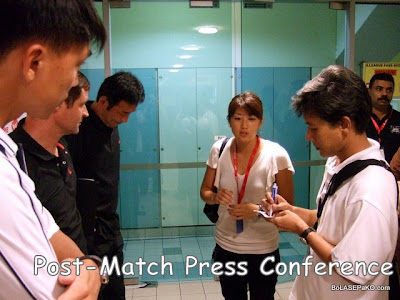 Post-match interviews at JBS are conducted at the lift lobby...

Pictures of this entry were graphically-edited using "Picasa3" of Google (What a painful experience to use it at the beginning, still struggling now)