For the Passion and Love for the game NOT money. 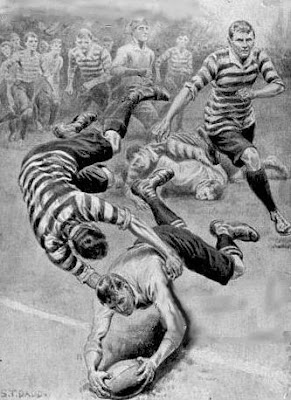 Picture credit: New Zealand Folk Song
Sometimes you really got to appreciate why the Rugby Union (pictured above), until recent years, stubbornly resisted the temptation of embrace professionalism.

One of the well-guarded rules stern from the fact - "it's a sin to be paid to play for the game" and the disagreement of that led to one of the biggest split in the sport history when the rugby clubs in northern England went separate way with the south and eventually evolved into their own 13 a-side version game (ie: Rugby League) in 1895.

Football, in the other hand, took a slight different route and gradually see professionalism as a way to maintain the game's popularity in the masses (sort of).

And it did, however, sad enough to say nowadays, it become a toy of mega riches and tool of exploitation of anyone with ulterior motive.

Players' power, as the term coined, is raging on the modern game with players being the dictating factor in almost every aspect of the game.

The more the famous the player is, the more marketable he will be and of course, the tonnes of cash that he bring along will enriched the club.

Thus, it's no wonder that clubs and corporate sponsors are more than willingly (or leave with no other option) to fork out the awful sum to get whoever they want, not to forget the players held the club at a ransom to get the wages they demand. 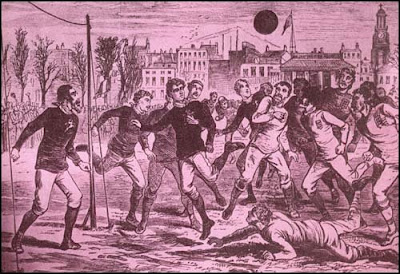 Picture credit: http://www.footy4kids.co.uk/
I would say the founding fathers of the modern game must be sad to see the simple game being transformed into a mercenary manner like this.

The initial thought of the "broken time payment" during the early days was to compensate players for their wages losses due to their game commitment, but as times goes by with the appetite for football grown, gate income had generated enough to support the clubs.

Having said that, sometimes I really wonder if the game should remained as the way it was - being amateur, with no financial element being involved and players playing the game with pure passion for it.

Just look it with the football headlines being dominated by whosoever demanding for higher wages for their clubs, it's pretty sickening and disturbing to see some players, who are supposed to be role model to kids outhere, behaving like an unreasonable greedy b@#*&!!

As they always said, "MONEY IS THE ROOT OF ALL EVILS" and how true it is.