In my private email to my associates not long ago, regarding the setting up of the trial Singapore football forum at the mass-appealing HWZ. I told them we can't depend on the mainstream media to publicize the S.League.

It certainly hard to face the fact that mainstream media such as The Straits Times, are distanced itself away for no apparent reason (at least as far as I concerned).

A picture (below) here should more or less tells the story. 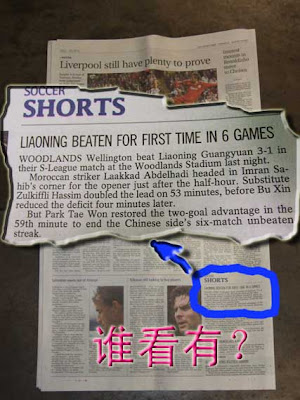 Given such a small slot on the backpages and featured under the appropriately named as "Soccer shorts", it hardly raised the eyebrows of any readers.

Although, we can gathered some S.League info from the likes of "TODAY", "Shin Ming Daily"'s tuesday edition (one of the two SPH Chinese evening papers) and etc., still I felt large part of the folks outhere are still ignorant of the league because the lack of participation from the rest.

Prepare for the worst
I'm not sure if that reached to a stage that league itself is ready to throw in towel and embrace to an alternative media - the IT media (or some called it IT, cyberworld or whatsoever).

Below are some of the few examples I can think on tapping on such alternative. 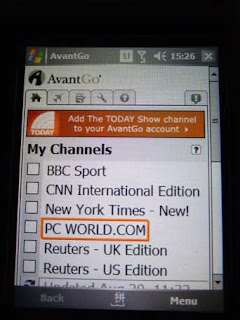 I been using "Avantgo" since my IPAQ days.

"Avantgo" is a useful software that allows users to read their desired news on their handheld devices (i.e.:"PocketPC" or "PDA") that are pre-loaded via the internet. 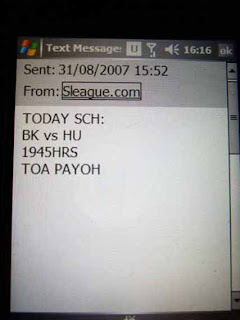 Although we have this service for quite a while, the only problem is only subscribers to one particular telco are able to use it. 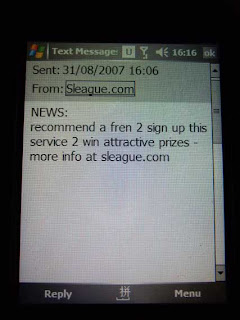 Brush that aside, I think this is a good way to spread the news, info and whatsoever of the league. 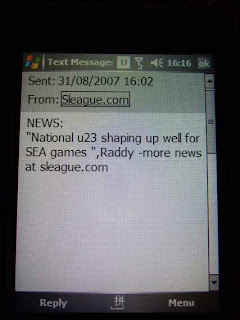 The only drawback is the limitation of the 160 characters each sms can hold (unless, the subscriber willing to receive more than one sms of a particular info).

(P.S: the content in the SMSes are strictly fictional)

Now or never
Now, the critical task is to establish a link between the league and its potential "customer" (after all, the fans are main paymaster of the players and whosoever right?).

With the scarcity of media coverage on regular basis (unless we are in some big time tournaments), I think we will have to head straight into it fast.

There's nothing to lose anyway, if the league is to attract more youngsters (mostly EPL fanatics), by whom large number of them are IT savvy.

With the change of way that people are receiving their news, information nowdays (instead, of solely relying on newspapers or television), both league and clubs (especially, those with website) shall maximize their presence using the IT way.