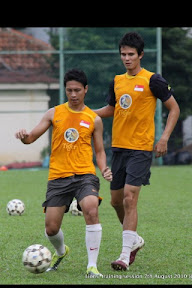 The fate of the both Singaporeans were in much speculation with a tweet message posted by Baihakki on 6th February had made it crystal clear for him, at least, that time is up for him in West Java.

The latest development of duo's fate was confirmed by the Sumatran side's German coach Jorg Steinebrunner.

"All I can tell you now is both Baihakki and Shahril had agreed terms with our club management recently." said the former Woodlands Wellington coach.

When asked if would it be a cause of concern for both Singapore stars for signing with Medan Chiefs, given the present status of the Sumatran club playing in a non-PSSI (Indonesian FA) sanctioned tournament, which is not in line with the FIFA regulations. 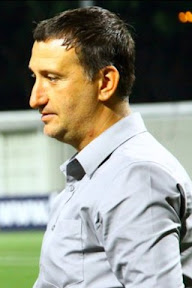 With the latest recruitment of the two former Young Lions stalwarts,, the Medan club will see the number of former S.League players on its list increased to five.

Following the path of coach Steinebrunner to the IPL club were the likes of former Rams in Luis Eduardo Hicks, Laakkad Abdelhadi and former Etoile midfielder Kevin Yann.