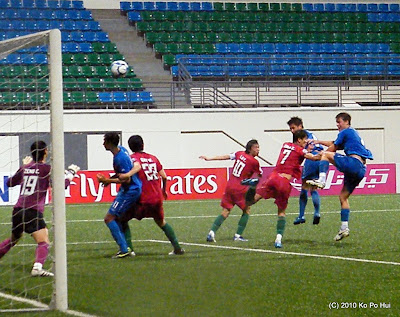 The picture above is a snapshot of a historical moment for Singapore football.

This being the moment when substitute striker Erwan Gunawan (second blue jersey player from the right) headed home the winning goal to give SAFFC and Singapore their first victory in the continental elite club competition over China's Henan Jianye. 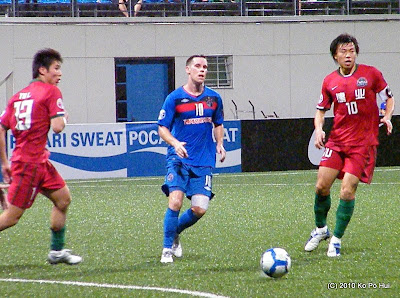 John Wilkinson (center) started his first game for the Warriors after a long lay-off. 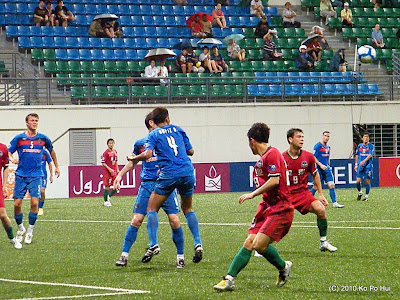 The Warriors defence were not being stressed as compared to the last 2 ACL home outing.
As compared to their last two outing at the Jalan Besar Stadium, I felt Henan's cautious and possession type of football compliment with the style of the Singapore representative, as both Suwon Samsung and Gamba Osaka duly punished the Warriors with their much superior swift mobility tactic. 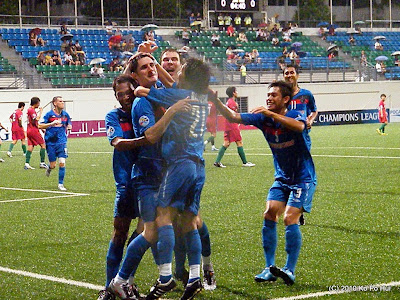 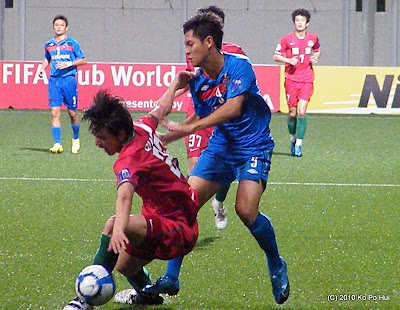 Erwan Gunawan came on as a replacement for Indra Sahdan to cap a moment of glory
Probably because of that "toned down" pace of the match, the home side had relatively easier game as compared their encounters against the East Asian powerhouses.

Nonetheless, it was a milestone not only for the Warriors, who are now richer by US$40,000 (for wining a group stage match) but also for the Singapore football on the whole. 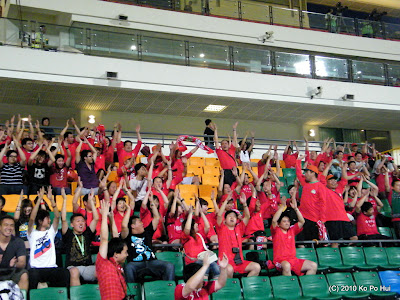 A stark contrast as compared to their Shanghai counterparts last year, these supporters were relatively quiet throughout the game (unlike this picture above as they tried to hype it up but failed to sustain.) 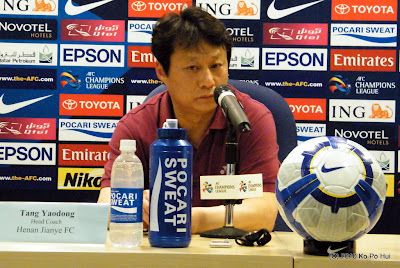 We were focusing our attention on this match and it's not that essential to have ourselves psychologically prepare on whatever outcome of the other game." said Henan coach Tang Yaodong in his post-match media briefing when asked if he was aware of the outcome of other Group G match between Gamba Osaka and Suwon Samsung Bluewings.

"I felt we had created a few chances which we failed to capitalized on them, whereas SAFFC had their two chances which they converted and that's football." he noted. 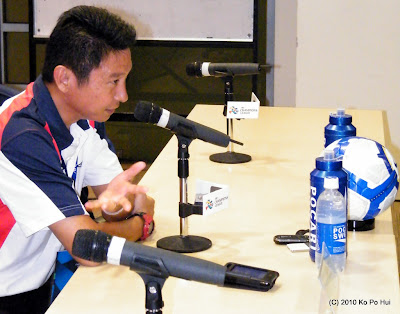 "We set our target to improve what we done last year and to get our first win, it's a wonderful achievement as not only we met our but surpass that expectation." added coach Bok, whose team had gathered a win and a draw from this season's ACL campaign so far, when asked if the Warriors had met the expectation in this season's continental campaign.