Long before you think I am not longer taking shots from the pitchside as active as I used to, I managed to compile a few along the way sporadically (After all, it was quite an investment I had for those gears). 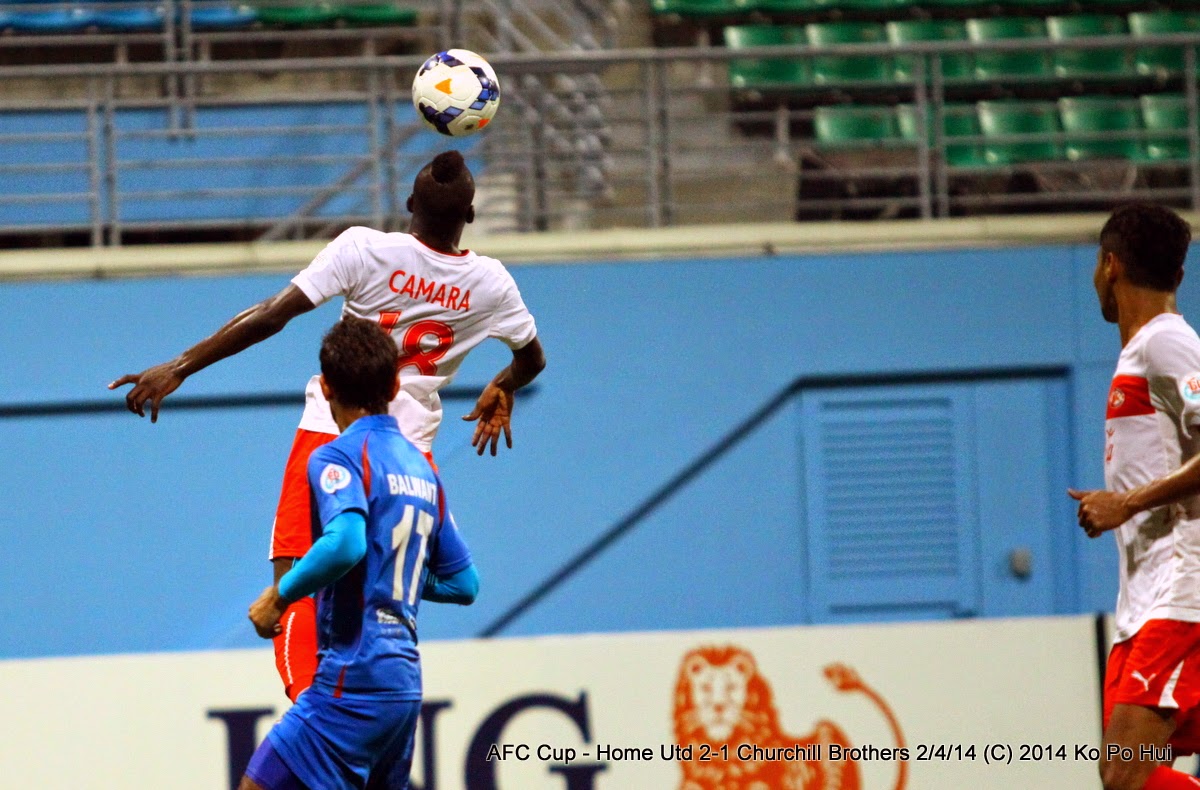 Home United was one of the two sides played in the AFC Cup tournament few months ago and didn't make it to the next phrase like they last did in 2012.

PLEASE CLICK HERE TO THE REST OF THE MATCH PICTURES 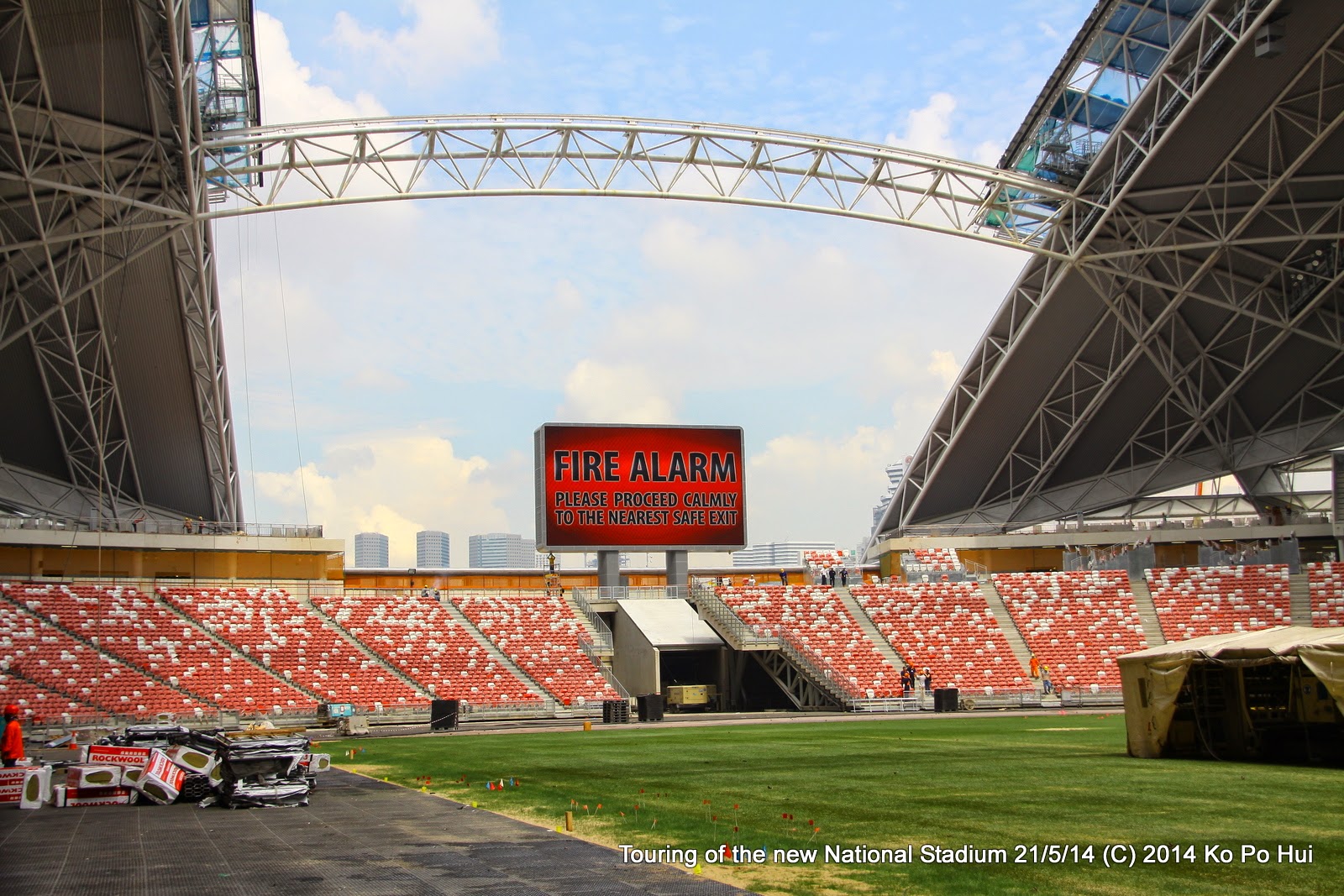 Glad it is ready by now that when I was there to see the pitch surface of the new stadium, I did have my doubts with all those rumbles and constructions still ongoing around the arena.

PLEASE CLICK HERE TO SEE THE REST OF THE SHOTS 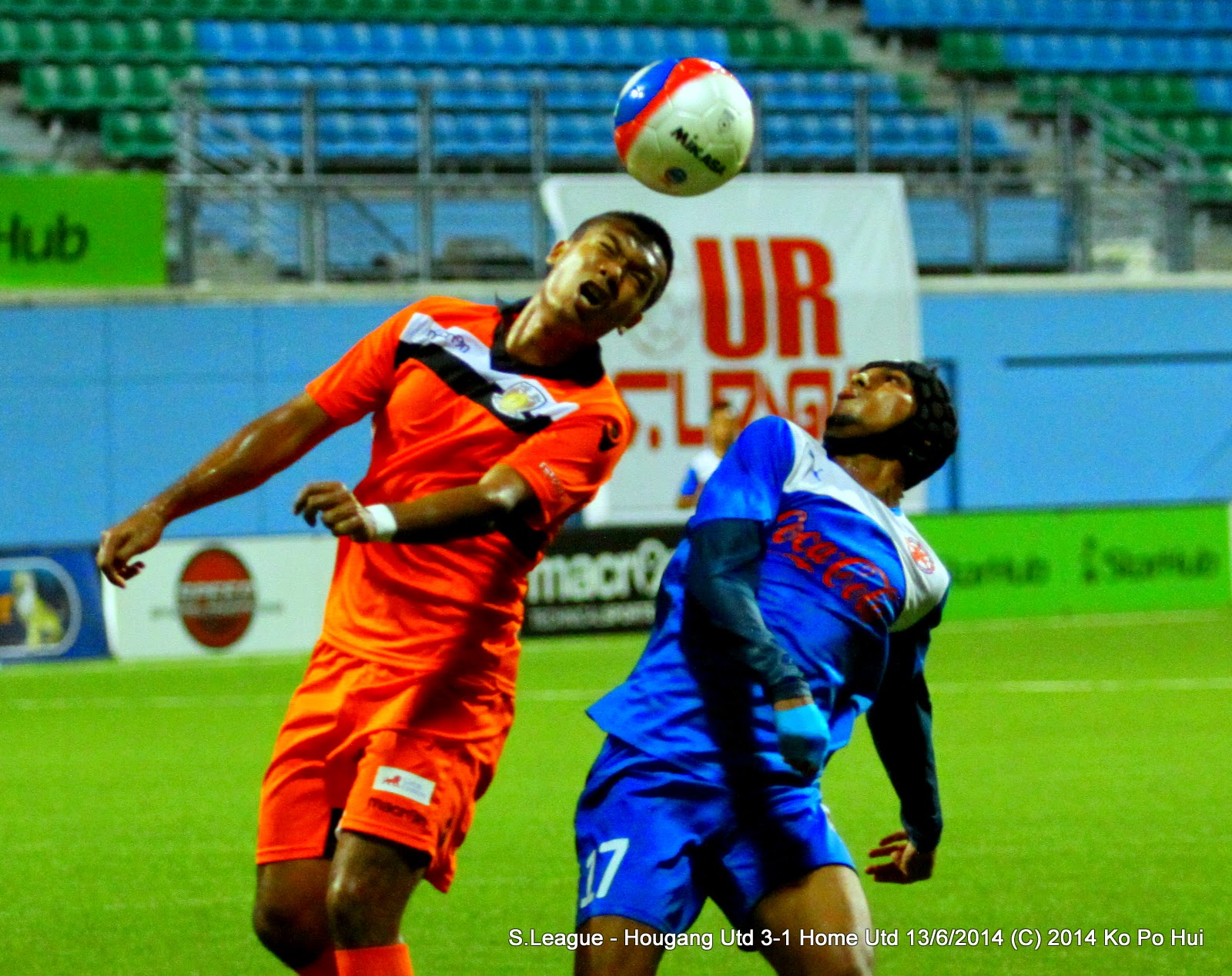 Somehow I feel that the blue of the standing opposite the grand stand is such a bane when taking shots, as it make some of the pictures looked grainy.

At the meantime, the 3-1 win by Cheetahs over the Protectors had altered the landscape of the S.League title race and placed Amin Nasir's men among one of the contenders. 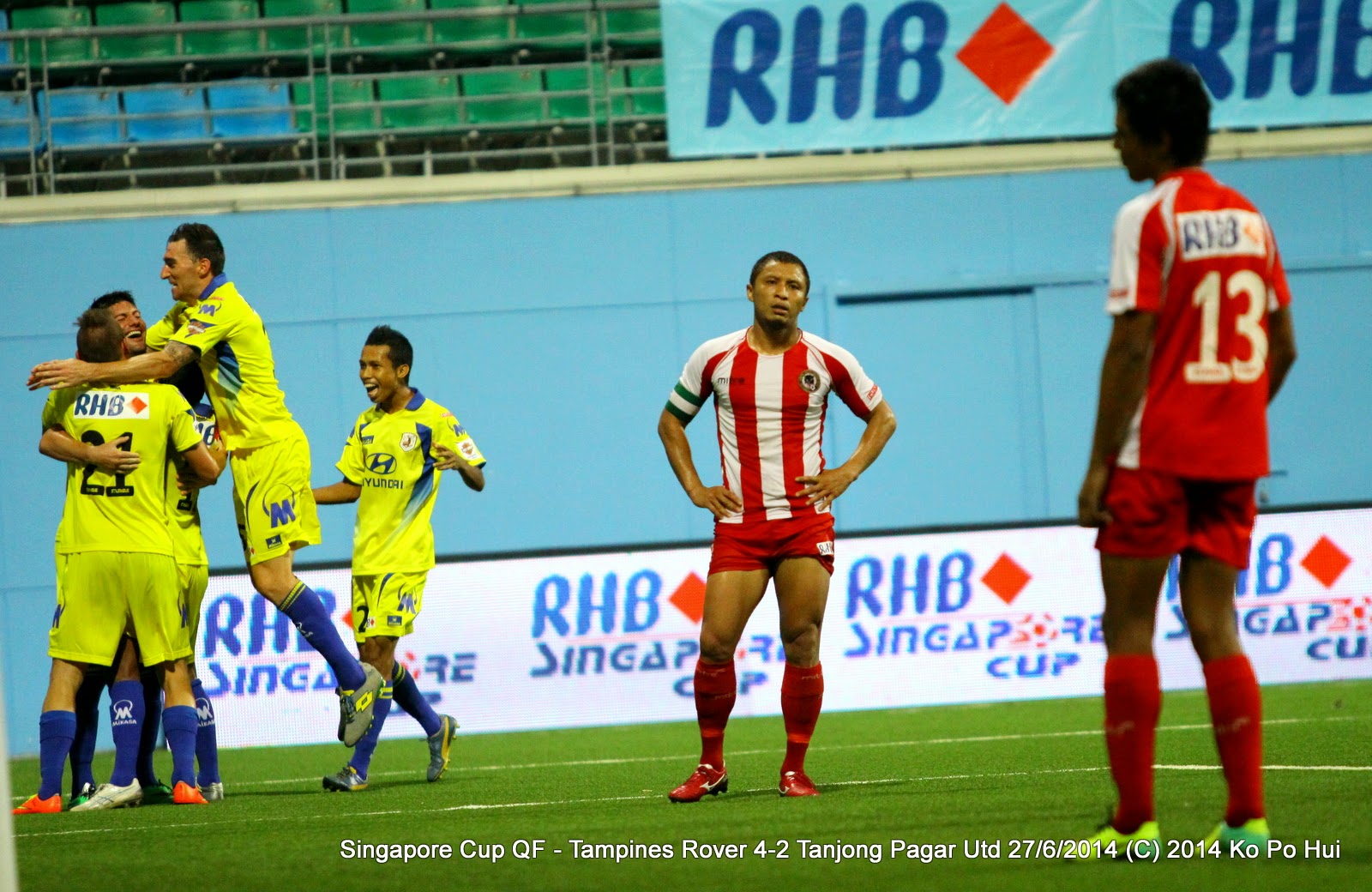 Still need a bit of polishing as I seems to struggle to control the quality of my shots. Anyway, the Stags took a two goal advantage after this win that should place them on the pole position, but the Jaguars are banking on home advantage to turn the tide at Stirling Road in days later. 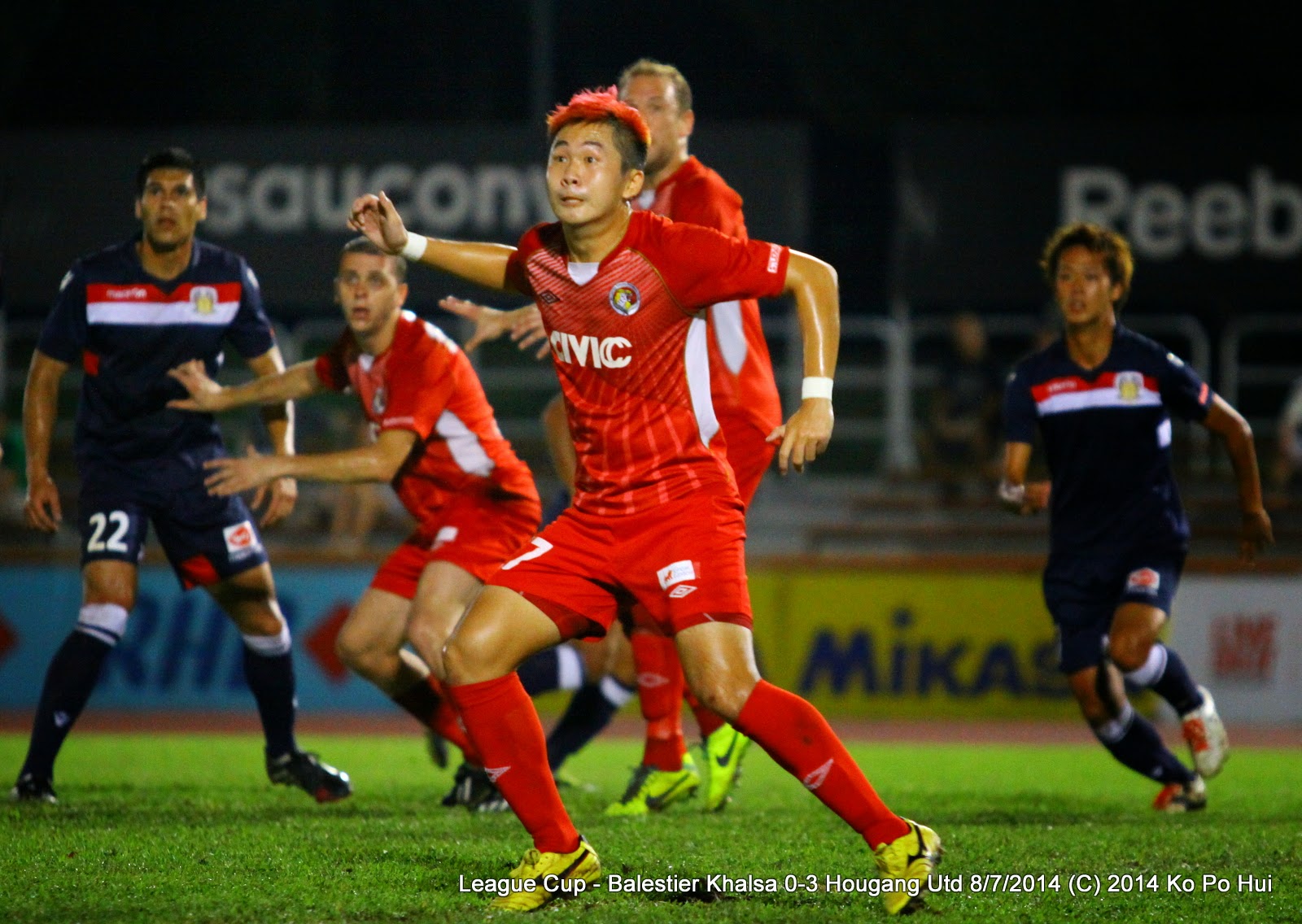 The sign of that confidence shown by the visitors at the Toa Payoh Stadium last evening was in evidence for the more dynamic style of football they displayed against their hosts who were struggling for large part of the game, especially in providing the much-needed ammunition to their Croatian striker Goran Ljubojevic who was left isolated in the attacking third. 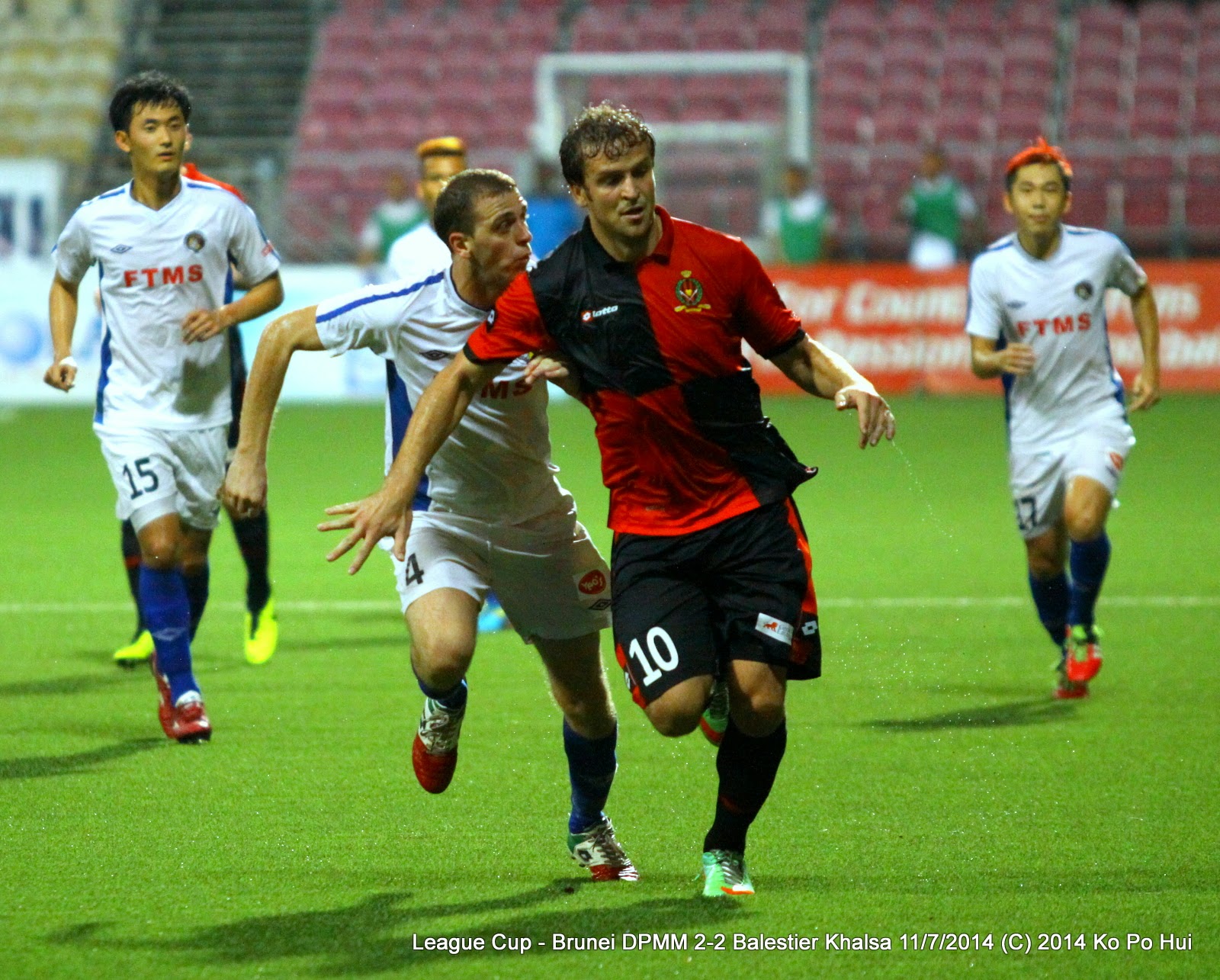 True to what Tigers coach Marko Kraljevic said after their earlier 3-0 loss to Hougang that fresh legs would be brought for this live televised showdown, the evening saw the likes of Prime Leaguers Alando Nicholas and Muhaymin Salim in starting positions.

It was a game that both sides started cautiously by keeping things tight at the back, knowing a chink in the armour would alter the outcome, even though it was the Bruneians dominated much of the ball play with Balestier did decently well to keep things at the check. 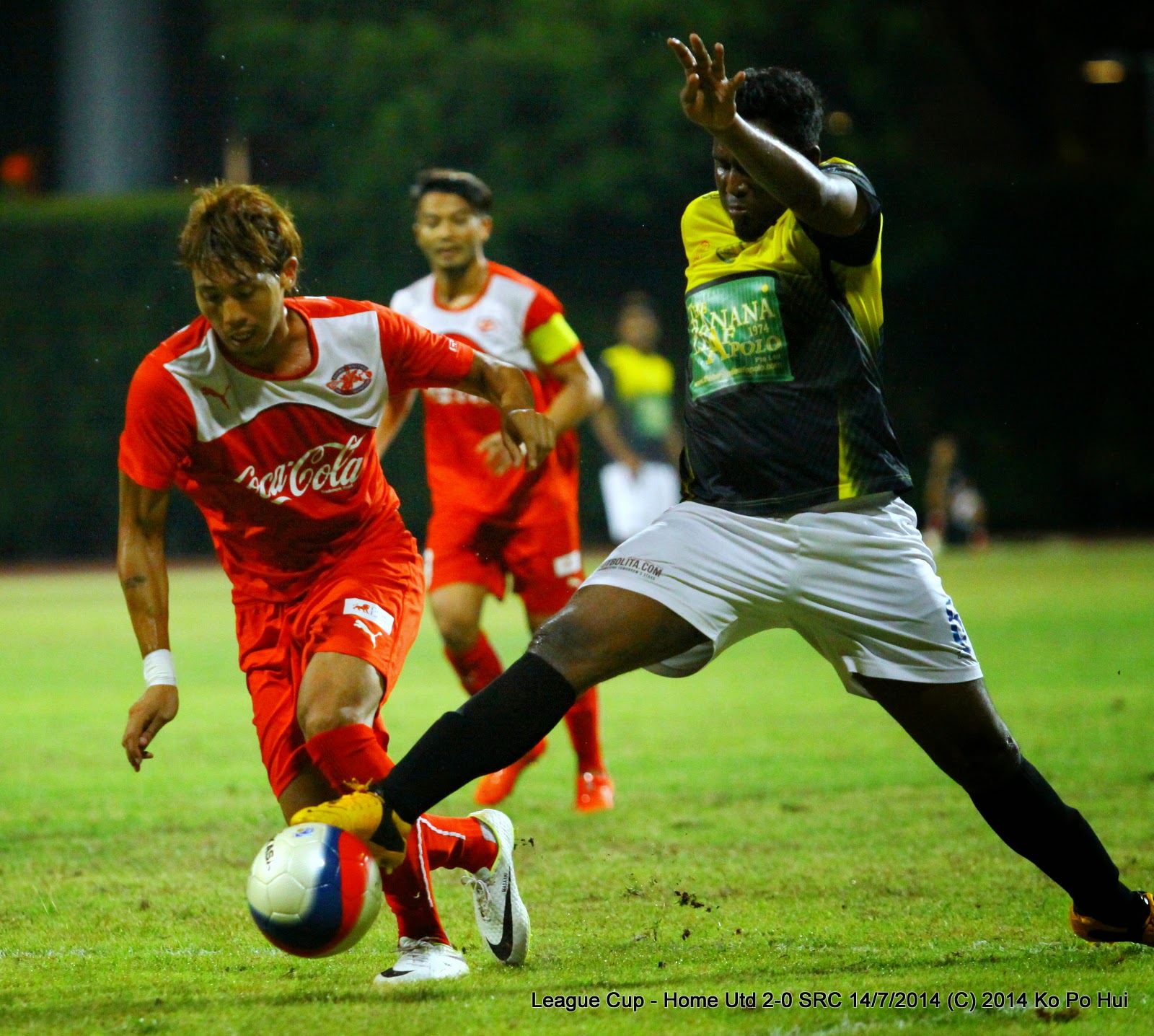 There's nothing to be ashamed about for Singapore Recreation Club for kept emphasizing their "amateur" status when they put up a credible performance despite losing 2-0 to Home United Football Club at Bishan.

As their team manager agreed that having players with S.League experience did help them in this fixture against the Protectors. 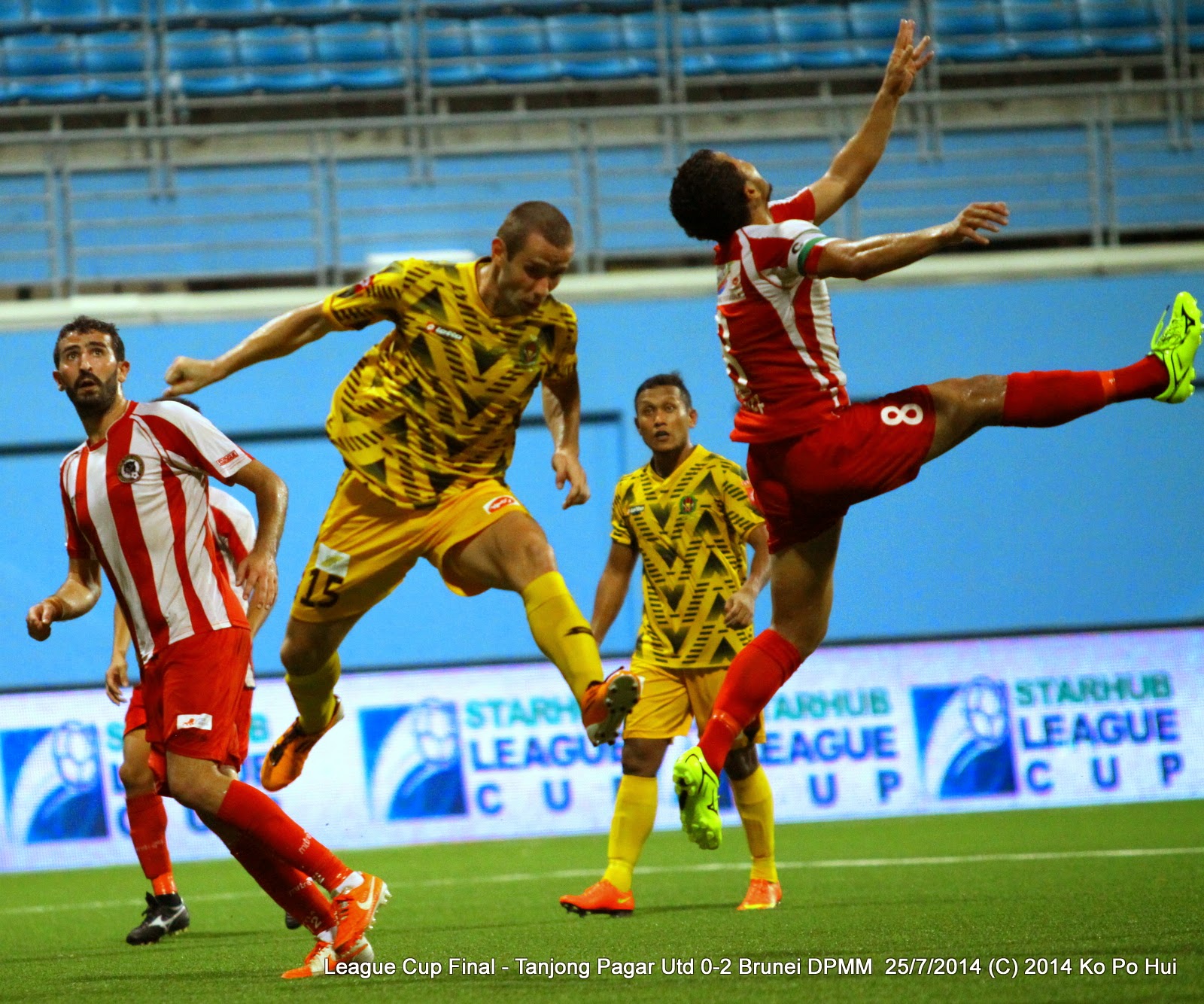 The mid-year spectacle had proven to a resuscitation of form for the Queenstown-based side of having a chance to live up to their full potential that was hindered at the start of the year due to injuries of several key players.

Thumping victories in the group stages over Albirex Niigata (Singapore) and Police SA had drawn Tanjong Pagar United F.C. (Official) to face powerhouses Warriors FC in the quarterfinals and a hard fought victory against Hougang United in the semis before clinching the berth to their second successive Cup final.