I must admit I have not been giving much attention to COE football until this afternoon at the Old Police Academy.

Alerted by "Liga Singapura" that the title decider was going to be staged at the once Police training facilities, I decided to head down with my camera to snap some shots between Home United and Tanjong Pagar United.


The equation of the match was simple, all Home United needed to do was a draw with the junior Jaguars and the Centre Of Excellence (COE) U16 league title is theirs.

At the end of the day, not only the junior Protectors did not lose to the match, but also convincingly beat their opponents 3-0 to seal the title. 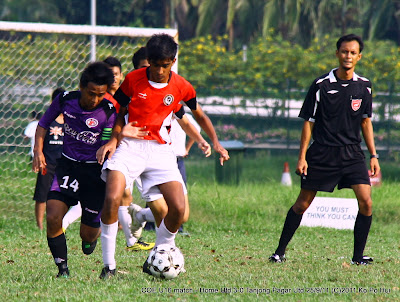 Despite long tucked in the obscurity from general football public, the standard of play has been "competitive" according to "Liga Singapura" who cater a separate blog - "Information on Singapore youth football" to focus on COE leagues.

"Some of the boys whom I have seen so far are good enough to feature in various national age-group teams." said the leading blogger who only started to cover the scene of youth football at start of the year and had since gained considerable rapport from the media-starved fraternity. 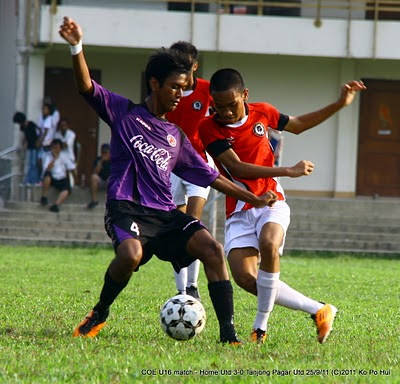 For more information on various COE leagues football, please log on to "Information on Singapore youth football" at "http://sgyouthfootball.blogspot.com"


PLEASE CLICK HERE TO SEE REST OF THE MATCH PICTURES.
logged down by Ko Po Hui at 23:13:00

Email ThisBlogThis!Share to TwitterShare to FacebookShare to Pinterest
Classifed as: matchpix, Youth Football