I'm not a movie critic 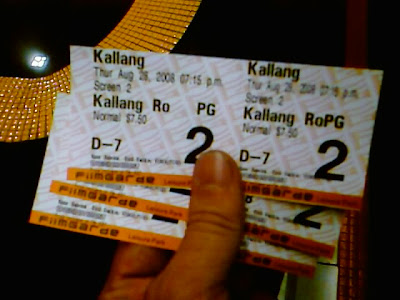 The movie tickets
As a promise to Mr Dollah Kassim and eagerly been waiting for the release of the movie. Finally, I headed to see the movie - "Kallang Roar" just now after work. 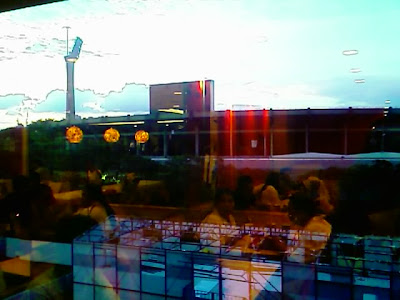 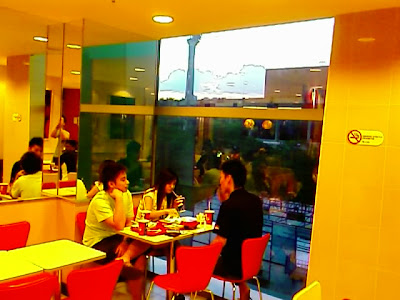 Had our quick dinner at the KFC, right outside the cinema
At first, we thought of having it seen at Lido after there's no suitable time slot at Shaw's Balestier cinema, but in the end we settled at where it was all about - Kallang (because of the ample of parking lots for my colleague who is driving.)

Now, as mentioned I was never meant to be a movie critic and all I can say is this movie is a sincere production.

For the younger generation, be it the fans, players and whosoever, this movie shall see as a tool of inspiring and learn to appreciate the game of football.

Back in the good ol' days, life as an amateur footballer was a tough one as depicted by the character "Samad" who lost his job because of his centralized training with the team then (once read that another player Arshad Khamis was forced to quit the game because of his work commitments).

As such, full-timers in the S.League should learn to cherish what they are doing now unlike those players in those era, who constantly had to juggle so many things at one-go. 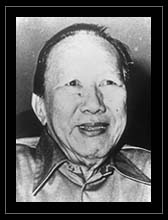 "Uncle" Choo Seng Quee
Although I'm not sure if the players nowadays could even cope if "Uncle" is their coach, whose tough, non-nonsense "garang" way of coaching is legendary and still awed by those who were under him.

But one thing for sure, what "Uncle" left behind is what it is all about