Pics and video from Singapore Cup 2006

Nay.. I'm not going to brief you guys how did the game went on, as you can source for it on the web. 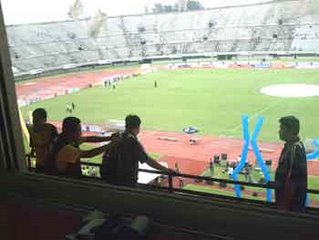 The Thai media were here to cover the game and they made the smart choice to snap some photos before the "grand old lady" is going to tear down in months to come. 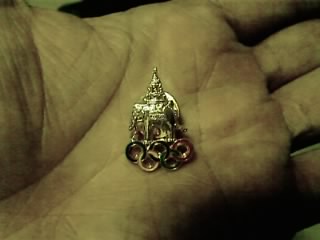 It must be my lucky day, after allowed a member from the Thai media to access the net through my lappy, as a token of appreciation, I was given this Thai Olympics collar pin!! (Wow.. 好心有好吧？hehehe) 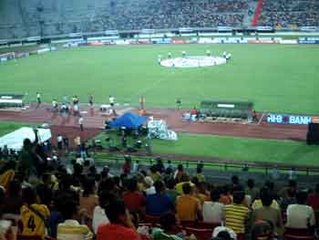 The crowds at the ground, frankly speaking, the crowds were slightly higher than last year, though I'm sad that it would take many years to realize the dream of having 65,000 for this premier cup tournament. 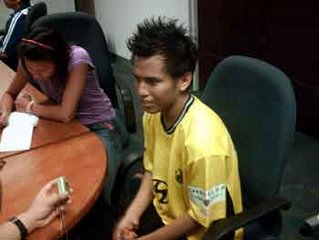 Tampines Rovers' Aliff Shafaein rescued the day for the Stags, after his last ditch attempt ensured the new trohpy stayed in Singapore. 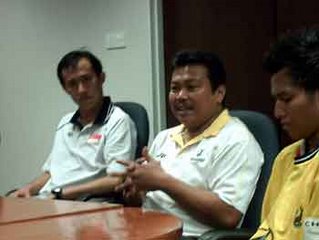 Stag's coach Vorawan Chitavanich shared his thoughts of the game... 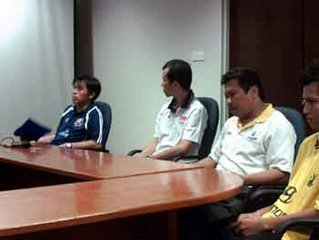 .. So did Chonburi's coach Withaya Laohakul (who can't hide his disappointment after surrendered the lead despite having a two-goal lead towards the end of the game.)

(P.s: at the end of the day, I told Aliff "Hope to see you back into the national team.", Good Luck..just a feeling that he's the missing part in the Lions' attacks)
logged down by Ko Po Hui at 20:33:00