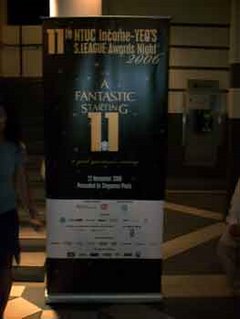 Went to the awards nite presentation held at the Mediacorp TV threater, located at the Caldecott Broadcast Centre (which in years to come is going to shift to the western part of the island but that's not the issue rather strange enough, got at least three acquaintances reminded me about that!!). 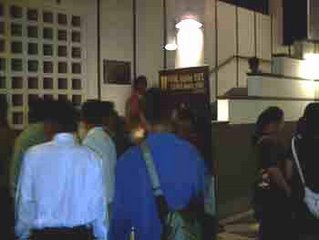 Invited guests (from match officials to the players, VIPs to the fans) making their way to the theater. 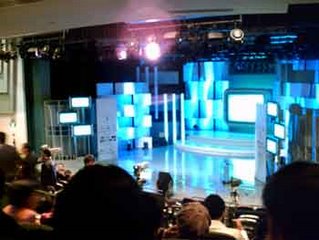 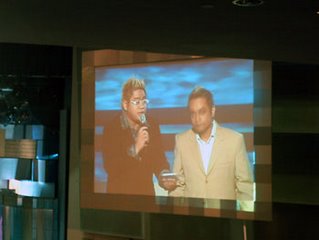 987's "Muttons" - Justin Ang and Vernon A were the hosts of the night. 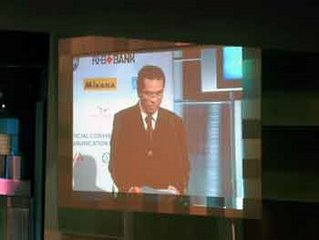 Mr Zainuddin Nordin, the Mayor of Central Singapore District, the Vice-President of FAS (and most importantly, he is my MP) gave the opening speech. 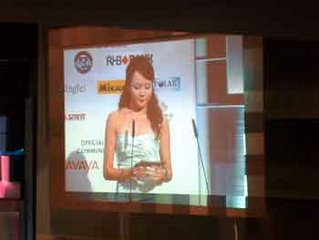 It seems that some of the award presenters looked nervous and unprepared for the event. (like here we have the lovely Jade Seah being one of them, kept staring at the "cards") 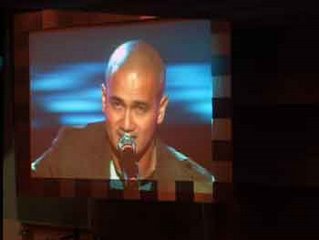 This "Botak" here (Gurmit Singh) gave a rather unimpressive performance (should stick to hosting instead man!!) 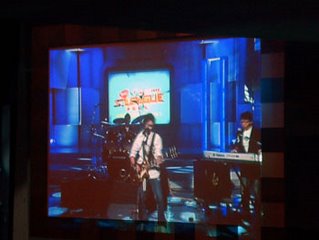 "迷路兵"-this year's "Superband" were one of the performers of the night. 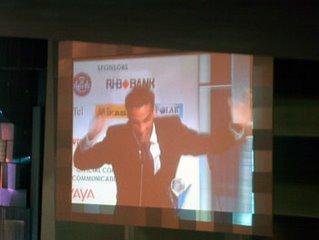 Woodlands Wellington's Laakkad Abdelhadi walked away with the "Top Scorer" award and the coveted "Player of the Year" award as well. (looks like the hiring of the personal chef is justified after all, for the next season.) 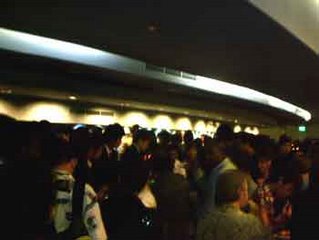 The post ceremony reception at the lobby of the theater, where everybody mingled and congrats to each other. 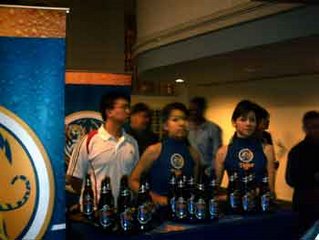 These girls (in Tiger Beer attire) were not prepare to have their picture taken ..hehehe .. Sorry :P
logged down by Ko Po Hui at 19:50:00