Tough times ahead?
(A look before the start of the Asian Cup campaign)

The same old bugbear (i.e.: poor finishing) haunted the team again when they drew against Hong Kong in their final warm-up match before the start of the Asia Cup qualifiers.

Despite the fact that the Lions had not clinched a win so far in year 2006, the concerning parties had somehow praised the team performance so far (other than the loss against the "arrogant" Danes.)

Having to come back from a two-goal deficit to level against the Kuwaitis and conceded a goal at the dying moments in their match against the Omanis, is by no means an easy feat.

The fighting spirit shown in those two games, maybe somehow restored (but not all) that bruised ego of Singapore football, which was badly deflated in the last year's SEA Games.

The failure yet again to find net at the required moment will be the key problem for the coach Raddy to solve.

But on the hindsight, could it also tell us that things are looking good? 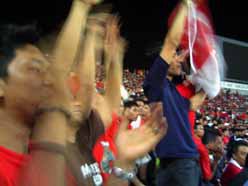 Rewind your memories back..

Nobody give a chance to the team at the start of the 2004 Tiger Cup campaign and in the end, they walked as the champions of SEA football.

Armed with that tag and with large number of players from the Tiger Cup winning squad, expectations were high for the U-23 to break SEA Games' gold medal duck.

It was a disastrous outing which eventually led to the missing of Agu Casmir, after the much-criticized performance from the naturalized player. 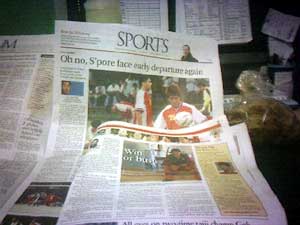 Having started the calendar on a losing note and without a win to its credit till this date, no doubt about it that question marks are all over the places if the Lions can ever qualify for the continent's biggest tournament.

However, I believe that's the kind of perfect setting for us as being the underdogs, the pressure will not be on us but on the rest of the group.

Thus when the chips are down we are expected to bounce back (if the trick works again.).

Just like one journalist used to say something like "never praise" the Lions as they will get complacent easily.

Of course, that does not mean the boys shall dish out sub-standard football at warm-ups and show how capable they are when the real test begins.

There's absolutely no valid reason for having playing a lousy game but the players must bear in mind that they might never have a chance to play in the World Cup, at least being featured in the Asian Cup will be quite an achievement. 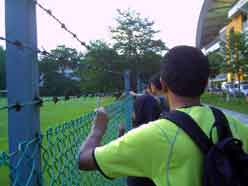 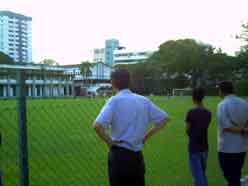