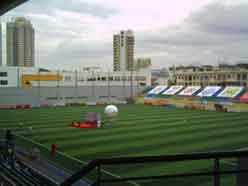 Let us just get straight to the point.

Yes, it may be the home of Singapore football, a perfect setting for the season opening match (the East-West Challenge) featuring the "cream of the crop" (minus the national team players who are away to Jordan for the Asia Cup qualifier).

But having the fanfare to be staged at the Jalan Besar Stadium on a lazy Sunday afternoon, seems to be a bad choice.

Far away from the hustle and bustle of Orchard Road, where the previous fanfares had took place, this should be the first time the fanfare took place somewhere in the heartland (if you consider Jalan Besar is one of those heartlands, despite its close proximity to the CBD area.) 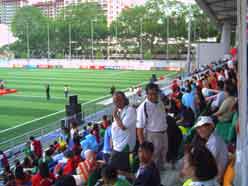 Unlike those staged in the prime area like Orchard Road, in the previous years where it adapted a "open-door, walk-in" concept, where fans and passer-by would mingled with one and other, this year event is more like a "close-door" event.

In attendance were mostly "official" fans from the clubs, filling up the grandstand of the stand, while at the opposite end of the stadium were covered up by the huge banners of the 11 participating clubs . 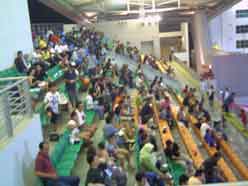 As time goes, l did noticed that the upper-tier of the stand had slowly filled up but not to that of a full-house.

Still at the end of the day, I doubt if this fanfare had achieved it's objective in generate the necessary awareness in the local football fans, who seems more concerned if Red Devils can beat the Latics later that night.

Anyway, the match ended 4-2 in favour to the West Team

Some of the pictures taken 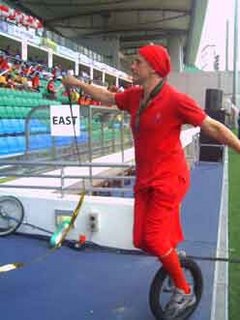 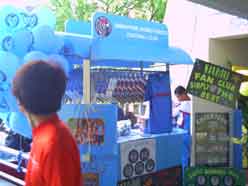 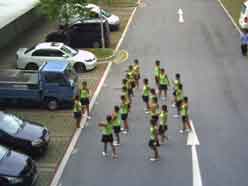