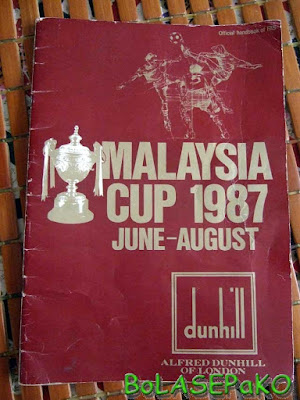 Only recently, when a friend asked if I have any old photo that featured any of the old national team jerseys that I dig out this old souvenir handout (pictured above), which was given to me by my aunt 20 years ago...

Alas, how time passes - 1987 was the year this handbook, which served as a guide to Singapore's Malaysia Cup campaign that year, was published.

A sense of nostalgic sentiment flows as I flipped through the pages and was pretty shocked to see Fandi Ahmad playing against us (only to realize that he was earning a living as a professional years later). 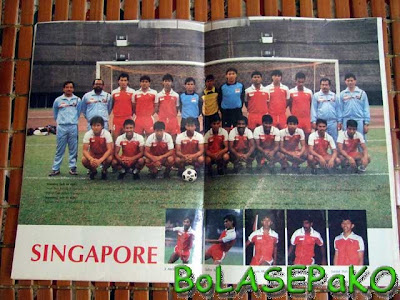 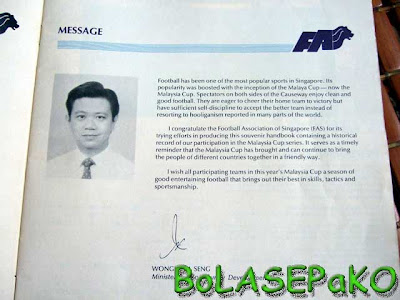 DPM Wong Kan Seng was the Minister for Community Development, who appoints the FAS president (the only NSA president to be appointed in this manner) 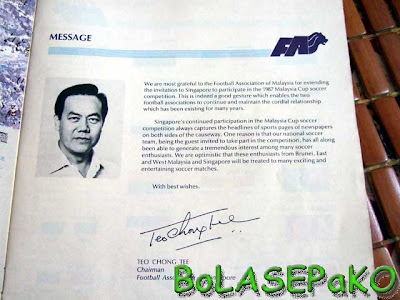 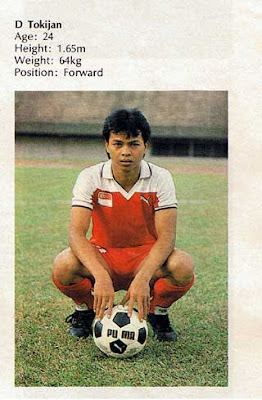 D Tokijan was one of my favourite players 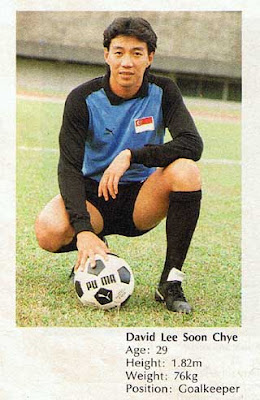 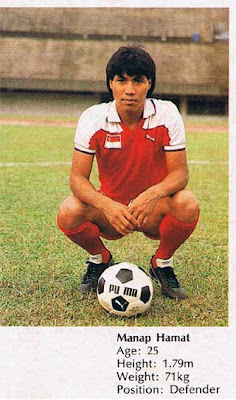 Manap Hamat was a steady and calm defender for Balestier Central in the debut S.League season before "that thing" destroyed his career. 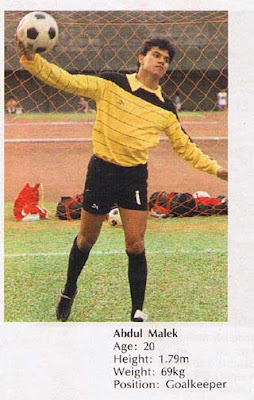 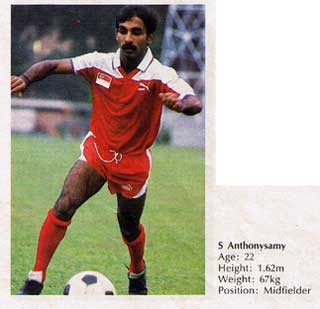 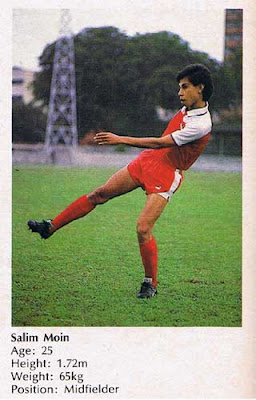 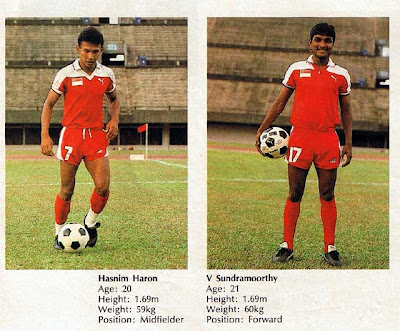 Hasnim Haron (left) and V Sundramoorthy in their rookie days.
Hasnim eventually became the first local player to have a boot endorsement deal, while Sundram left for Switzerland after the 1987 season. 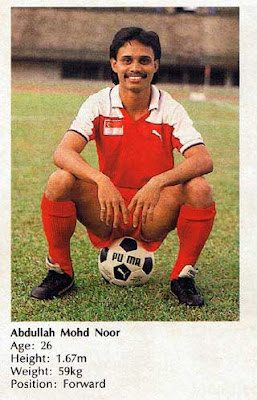 Abdullah Noor was the "super-sub" before Steven Tan 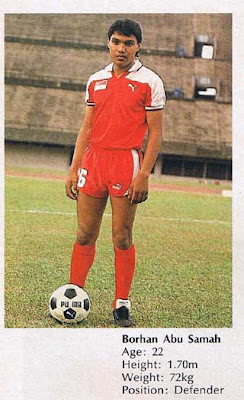 The late Borhan Abu Samah known as the "Russian Tank"
logged down by Ko Po Hui at 23:34:00