Agony for the Stags.. 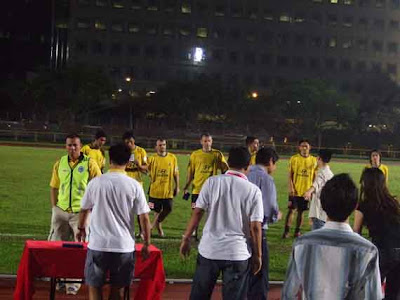 Agony shall be the best word to describe Tampines Rovers, after knowing that despite winning their last league game handsomely, they still can't have the title back.

At one point of the game, glimpse of hopes appeared right in front of them when "surprise package" - Gombak United managed to pull one back after trailing the defending champions SAFFC by two goals, while their neighbours-next-door - Geylang had levelled the scores against Home United.

Unfortunately, things turned a worse turn for the Stags when Home United performed the "Houdini act" they had perfected this season by snatching a late winner.
logged down by Ko Po Hui at 22:57:00