I would like to apologize for not able to load up the May compilation and decided to merge together with those taken in June, sorry for any inconvenience caused . 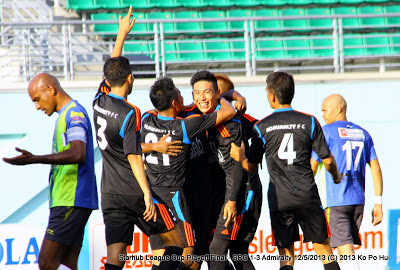 Not much was expected from the Wolves decked in black outfit when they conceded a goal in the 20th minute that witnessed Shaiful Fauzi placed the Padang side on the pole position in the Playoff Final that saw the two finalists emerged after shrugging off their opponents last week on the same ground.

One more thing I realized that even on a bright sunny day, it was a challenge indeed to get the focusing with both in darker outfit. 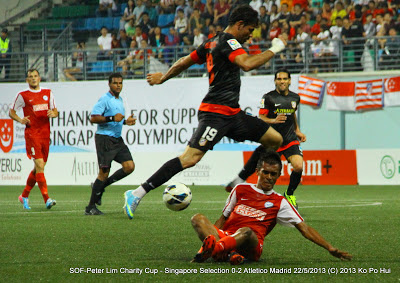 The reigning Copa del Rey winners were in town at the invitation by businessman Peter Lim who was also the man behind the push that saw 7,084 fans at JBS saw Atletico Madrid took on Singapore Selection and saw the Spaniards walked away with a 2-0 win over the gallant hosts with mixed representation of S.League and Lions XII players. 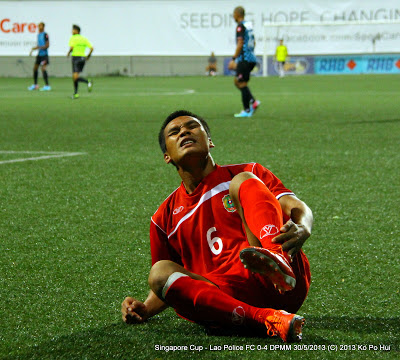 DPMM Coach Vjeran Simunic:"It's a little revenge for me to beat this team with 10 Laotian internationals, as last year we were leading 2-0 before we lost 3-2 and failed to qualify for the Suzuki Cup" (Simunic led the Brunei national team in the AFF Suzuki Cup qualifier campaign last year)

With a such margin, I can't help but ask "is the premier domestic cup tournament a suitable training ground for developing football nations in this region in the name of friendship and regional solidarity?" 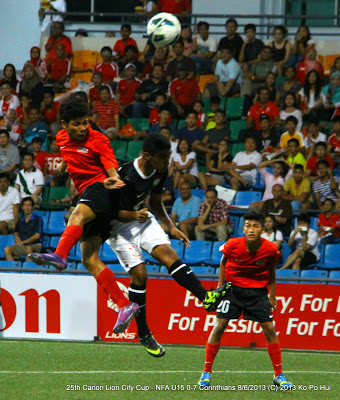 The weird thing that took place after the game was the penalty shootout, which is something a novelty to me.

It was later that I found out the result of the PK shootout will determine which team will qualify from the group, should there be a tie in results.

The 7-0 mauling must be shell-shocking experience for the U15 boys who set the target to qualify the semi-final stage. 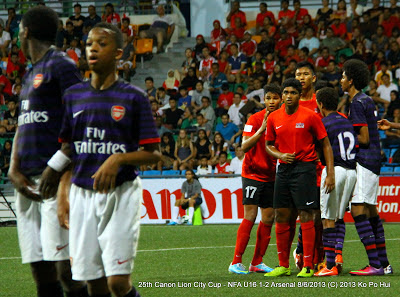 Both NFA U16 and Arsenal decked in dark-coloured outfit in this opener and I thought Faiq Jefri Bolkiah, the nephew of the Sultan of Brunei, gave a good account of himself on the right flank of Arsenal.

Whereas the crowds roared when Irfan Fandi levelled the scores in the second half that proved to be short-lived when the junior Gunners sealed the win minutes later. 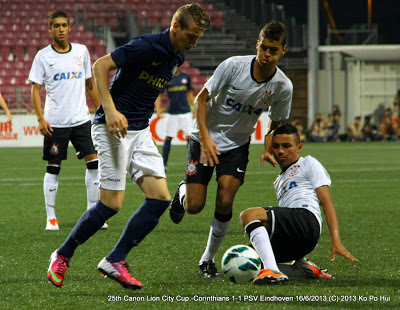 The match ended with the Brazilians walked away with the Cup after a PK decider.

Rather disappointed with Corinthians' performance due to the lack of flair and fluency in their play as compared to their display on the first day.

But the agony was why PSV did not deck in their traditional colors... :( 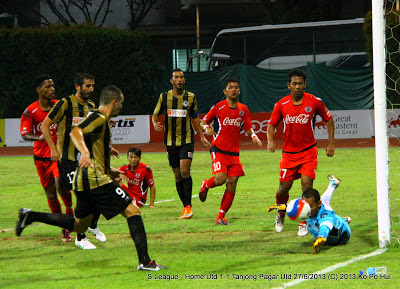 The league fixtures resume with Tanjong Pagar Utd travelled to Bishan to take on Home United.

At the end of the day that saw 1-1 draw between the two which resulted status-quo on the table.

Forgotten about the bright glass blade of the pitch and set my usual ISO settings and made the shots looked grainy in a hazy setting.

PLEASE CLICK HERE TO SEE THE REST OF THE MATCH PICTURES
logged down by Ko Po Hui at 22:35:00