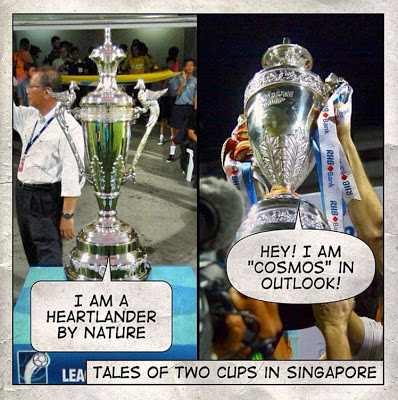 Due to the ongoing haze looming over the island, the league authority released a statement this afternoon (20/6/13) pertaining the semi-final matches that were supposed to play during the last two days.


The media release that announced the fixtures did not mention the ticketing details of the above mentioned matches, whereas matches will be kick-off at 8pm (instead of the usual 7.30pm slot).

Nonetheless, we are going to have plenty of football action right till the end of June and please do schedule your time accordingly to head down to any of these games.

Last but not least, some advices to all to be aware of your own health conditions amid the presence hazy climate when at games and also plan your transport back home beforehand, in case of delay of any match due to the Lightning Warning System (LWS) activation.