[Telegram Chat] - WHY YOU HAD THE HEART TO HURT THE LOVE 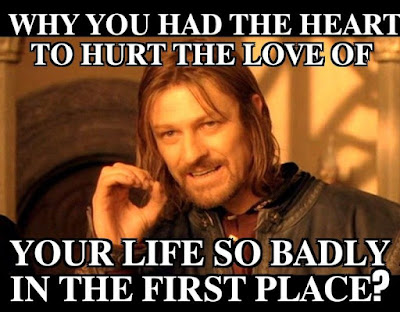 Good day to all,

Would not want to embroil in some of those emotionally charged debates which are meaningless unless tangible actions are taken to put all those nonsense to stop once and for all than being used as a channel to vent those frustrations.

On that "one particular topic", I would like to ask - at the end of the day, what is the message we try to bring across especially to those kids

Is it meaning to say in the end, you will be forgiven after you served your punishment as if it is an "entitlement" for what you have been through when the key is to prevent anyone from doing the wrong thing at the very beginning?

And let us not forget our government has strict laws on matters pertaining to "that thing" and there shall not be compromise on that.

That will be my final and last comment on "that issue"

And last but not least, all the best to Siti Rosnani Azman who is embarking on her new football journey when she will begin her professional career with INAC Kobe Leoness in Japan's WE League.

Till then, stay safe and healthy and don't gather in numbers ❌
Thank you for your support. (📷 Meme Generator app)