Simply out of luck.. Dolphins 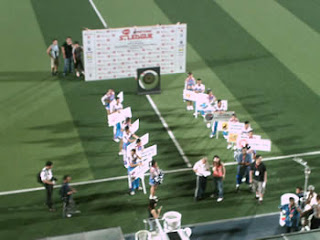 Awaiting the arrival of the Guest-Of-Honour
I'm sure those who saw Sengkang Punggol's road to the pre-season SingTel League Cup would agreed that their luck simply ran out when and where it mattered the most - the FINAL.
Who would blame them for beaming that confident smile when they were up against the northern powerhouse - Woodlands Wellington.

Alas, things went according to the script and handed the Rams their deserving first major trophy win since the league started in 1996 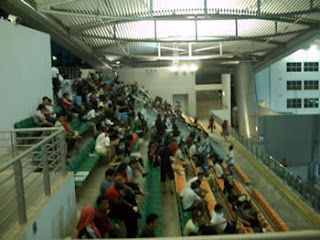 The crowds at the ground anticipating an epic match, which was not the case 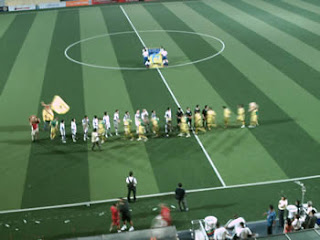 Formality at the start of the match, the hand-shaking 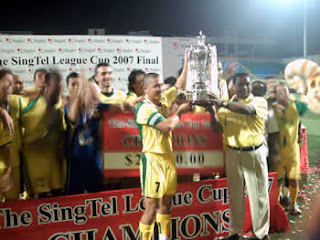 Woodlands finally clinched their first major trophy, before the start of the season
logged down by Ko Po Hui at 23:55:00