Preface
"Amid the general consensus towards newly proposed initiatives, as an individual, we would have to ask ourselves have we all gave a serious thought on why, how those initiatives came about and are we being swayed in an emotional turmoil before making any comment?"

That was the question I posted on one of the postings on the blog Facebook Page following a commentary by Leonard Thomas of The New Paper urging the largely skeptical masses to give the much criticized initiatives by the Special Business Unit (SBU) a chance to prove their worth with the year ended with another tumultuous finishing as the local football fraternity embarked itself for another new journey in 2013.

Easy to scrap the S.League 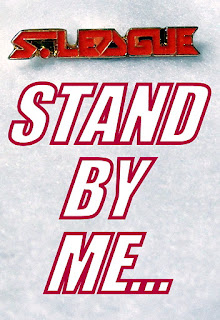 From time to time have we not heard cries urging the scrapping of the S.League to start everything afresh, given the kind of situation we are in now.

It would be a sensible move and it's always easy to say, but how are we going to ensure we don't repeat the same mistakes and getting the right mechanism in place to run the set-up?

Who will be the people in place to steer the ship amid the choppy waters and set the final destination.

It's appalling to note irresponsible chorus are loud to scrap the league apart with little effort being paid to come up with viable solutions (other than those "recycled" ideas) to address the woes.

Also for the large number of players, coaches and other staff, it would mean they are not able to feed their families and loss of jobs, if the scrapping takes place.

The need of having a "Safety Net"
The inadequacy of a safety net in place to serve as backup in difficult times would mean it's like going to a battle without any weapon to fend itself.

While the SBU's initiatives are largely focused on uplift the standard and strengthening the running of both league and clubs, let's also pay same amount of attention on weaving the essential "safety net" to help those in need.

One such move would be to provide some form of post-career consultation to players hitting their twilight years of their career on the field, whilst encouragement should be there to urge players to plan early or help them in such career transition.

Lack of club exposure on continental football
There is a critical need to allow younger players to get the much-needed exposure to competitive football on club continental level to equip themselves for the much fiery pace demanded by international football.

I opined this is something a lot of folks out there tend to overlook the vast difference between the domestic and international level, which I highlighted in one of recent entries (It's an entire different ball game...).

Whilst it is unfortunate to see Tampines Rovers' application to play in the Asian Champions League (ACL) rejected by AFC recently (source:1,2) and have to see themselves feature in the AFC Cup for the second time on a roll, let's view it as something positive to allow local players to be exposed to competitive continental action.

As what I mentioned in the said entry, the scheduling had not been unfavourable to our Asian representatives in the recent past, which I hereby hope it is something the SBU can look into which the previous regime had failed.

Of course, things are made difficult with the Lions XII's participation in the MSL that the availability of Jalan Besar Stadium on top of the scheduling would be a challenging task ahead to get things sorted out.

Furthermore, with Tampines's dismay showing in this season's continental second-tier club competition had protruded the fact that other regional sides are catching up in a tournament that the Stags would normally perform well.

Lim's job only starts next year
When the former SAFFC chairman took over the hot seat in January as the league's CEO, it was barely days before the start of season 2012.

Just like any one being thrust to a wholly new environment, was the setting fair to the former Chief of Artillery to work wonders in such a short space of time?

It, of course, came at a time when things are deemed unfavourable with the much perceived "more attractive" Lions XII's participating of the league across the bridge that diluted the whole attention.

However, let us bear it in mind with or without the "Lions XII", things are already in a bad shape with late release of fixtures and questionable selection of "one-season wonders" clubs (i.e.: Sporting Afrique, Paya Lebar Punggol and the Chinese sides) in recent years to fill up the league roster that marred the start of almost every season in recent years.

Having looking back at things to this far, I ought to feel that if anyone has their knives sharpen and ready to grill, I would say hold it first and leave it until the following year would be a fair timing to pass any judgement.

It is not to say I am in line with the SBU under Lim, I do have opinions don't share the same frequency.

Yet just like anyone sits for an examination, would it be right to certify someone before he/she starts answering the questions on the papers?
logged down by Ko Po Hui at 00:00:00