pictures during the Asean Football Championship

Got some pictures taken during the Asean Football Championship. 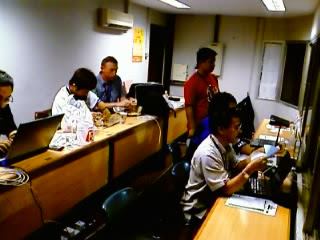 Here's one of the press boxs made available (The usual spot was occupied by the foreign media on the first day). 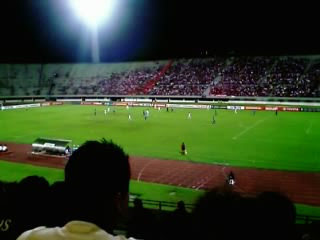 The pitch was not in the best condition due to the heavy downpour during that particular period. (Picture above shot during the Singapore's opener against the Vietnamese.) 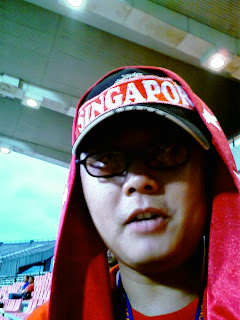 Yours truly here, my old "Puma" scarf being place on top of my cap.

My friends advised me from donning this madcap outfit but who cares, it's all about fun and enjoyment. 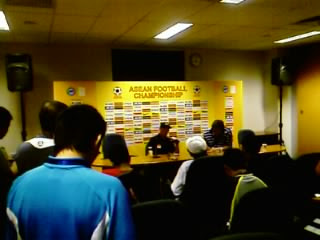 The Post match press conference held in in the "Silver" Room at the National Stadium. 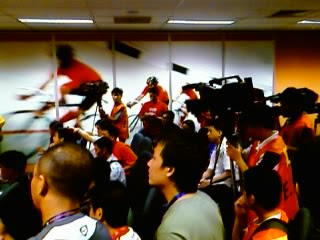 TV cameramen, photographers and other media personnels jostled each other for the best position. 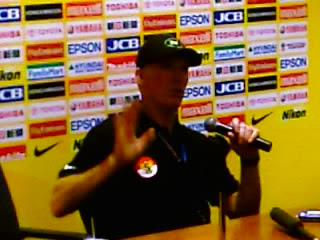 Indonesia's (former now, as he was sacked) coach Peter Withe shared with his thoughts after his side drew one-all with Vietnam. 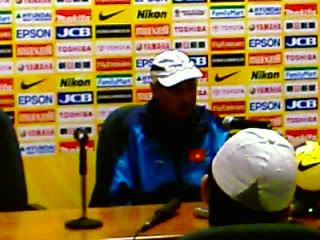 Alfred Riedl, the Austrian coach of Vietnam viewed his concern on playing their last fixture on the artificial turf of the Jalan Besar Stadium. 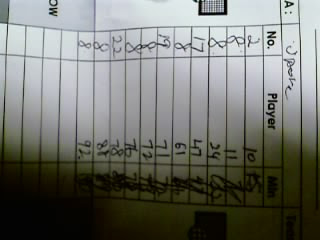 This sheet of paper detailed the timing of all ELEVEN goals scored by Singapore against Laos!! 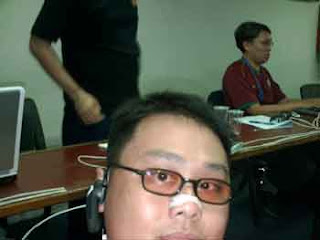 Not sure if this is LAST picture I took for myself at the National Stadium.

Finally, back at the Press Box 2 after it were occupied by the Vietnamese media on the last two occasion. 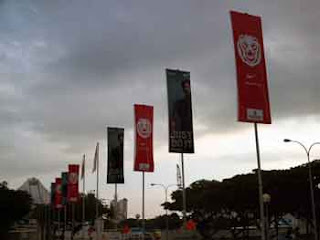 The NIKE banners strategically placed to grab the attentions of the fans.

Received the good news, via SMS, that we made in to the final after defeated the Malaysians with the help of the legendary "Kallang Roar". 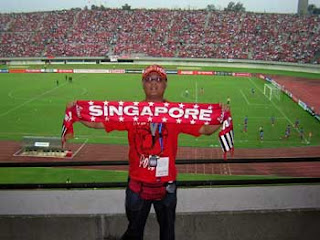 Anyway, this the last picture I took of myself at the National Stadium (with the renowed Kallang Roar as the background.)