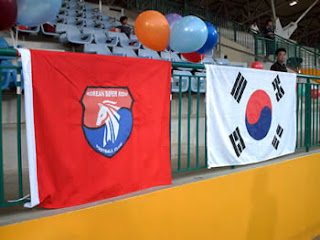 Finally, the cat is out of the bag when Korean "Super" Reds' supremo Hong In Woong admitted "up to a third" of the players were not intended in the original setup.

So much so we were all made believed that these guys are here to challenge to be among the top three spot of the league.

Yet an another disappointing moment as the "lapse" has once again highlighted the fact that the inclusion of the Koreans was done in a "hurried" fashion.

As nothing was in black and white in the first place, so we can't point our finger to Hong for this "mishap" but to blame the "take for granted" attitude we have all this while.

At the same time, I'm pretty disappointed with the "positive" attitude of the league authority towards these under-performing "aliens". 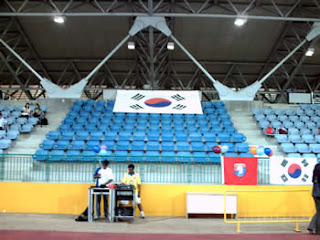 To be frank, I guess only the Albirex Niigata of the 2004 season is ranked to be the "best " foreign team the league seen so far.

Rememeber those days when the White Swans took everybody by surprise with their pace, slick game at the start of that season (though they only managed 5th in the end)?

Unless things are going to improve, if not I think more fans would open their arms to teams like Jurong, Tanjong Pagar United and etc. to welcome the "exiles" back instead.