When Boyz are as good as men (if not better...) 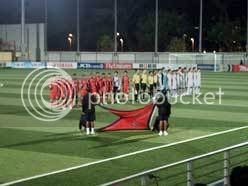 I must thank my pal Hairul for convinced me to see the on-going AFC U17 Championship.

Was expecting avalanche of goals from this David versus Goliath encounter. (Forgive me, my impression of Nepalese football was stuck in 80's, when I remembered some of their players collapsed onto the ground due to fatigue after conceded loads of goals during a match.) 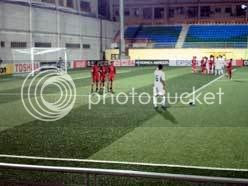 Thanks to the passionate Nepalese supporters (at one point, thought I was at ) who urged the minnows on, the Himalayans restricted the Koreans to a single goal (due to a poorly executed offside trap) just before half time, what a pity!

But the Nepalese were equally at fault too, should they not "applied brake" to halt their attacks, they could be as lethal as their illustrious opponents. 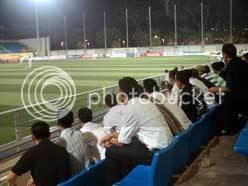 Not only it broke the fluency of their plays but allowed the Koreans to beef up their back line to deter the Himalayans from advancing.

Nonetheless, brave performance by the Nepalese should put some of the S.League teams in shame!