Potential Players with Merits to be selected for Singapore National Squad.

Having saw what he tweeted in the first place, I prompted Mr Neo Chee Seong (who contributed an article last month) to come up with his list of players to fill up the vacuum after the disband of the Singapore National Team.

Many thanks to Mr Neo for sharing his views on this issue.

I based the potential players with regards to not participating in Asian Cup Qualifiers, Suzuki Cup or Asian Games.

However, not with big headed players who took their place for granted.

This is my squad of 23 (player by player comparison. existing players in brackets,bold) 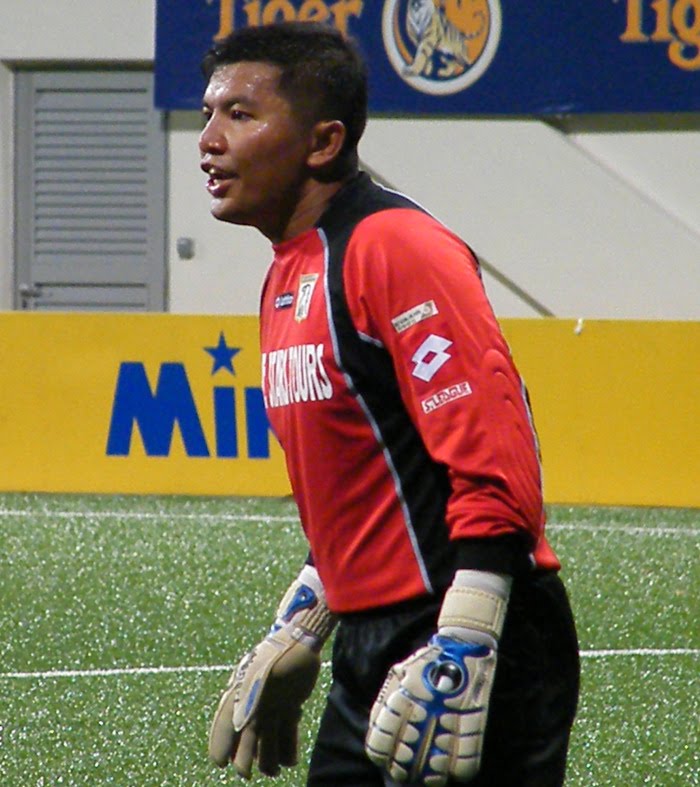 Always in every fans' mind why Ahmad Latiff was not in the Lions after 2006, so has the disband see the light of tunnel for him to don the red jersey?
I would like to see how many of this list of players gets the nod based on "Merit" as per what Raddy said. A mixture of youth + experience. My selection of the players, none of them has played for the National Team in any of the tournaments mentioned.

If I were Raddy, I will pit the existing team against this team, and show those in the current team there are always more than capable replacement.

These 23 players of my choice are IMHO the more consistent players turning out for their teams, and they have always been the difference when they are on the pitch.

I was quite reluctant to include Bah (Mamadou) in my team because he is part of FTS and as a Singaporean Football Fan, I hope to see the entire squad made up of born and bred Singaporeans. No foreigners. It is okay for me to watch my national football team lose, but they have to lose with pride.

And not using their mouth as a tool for performing. It is definitely a good suggestion to disband the existing squad and come up with fresh blood. And I would like to see out of my 23 players, how many will eventually get selected in the first Singapore team of 2011.

I am backing at least half(13/25) of them to be in the first squad that will be announced very soon. Reputations count for nothing. Forget the heroics of Amri And Alam Shah on the past editions of the Suzuki Cup.

What we need are players of the future. And my list, if selected, can stay for a good 5 years, before promoting some of the young lions and cubs from the U-18s to the first team.

Patience is the key. No disrespects to the players that will be dropped. Success and failure are determined by silverwares. No Silverwares no talk.

And I suggest playing 3-5-2 instead of a flat back four.